Two more women have come forward to accuse Al Franken of sexual misconduct. Stephanie Kemplin, an army veteran, says that while waiting to get her picture taken with Franken during a 2003 USO tour, the then-comedian put his arm around her shoulder and groped her. Another woman says Franken tried to kiss her on the mouth back in 2006.

“When he put his arm around me, he groped my right breast,” Kemplin told CNN. “He kept his hand all the way over on my breast. I’ve never had a man put their arm around me and then cup my breast. So he was holding my breast on the side.”

Kemplin says she was originally excited to get her photo taken with Franken, as she was a lifelong Saturday Night Live fan. 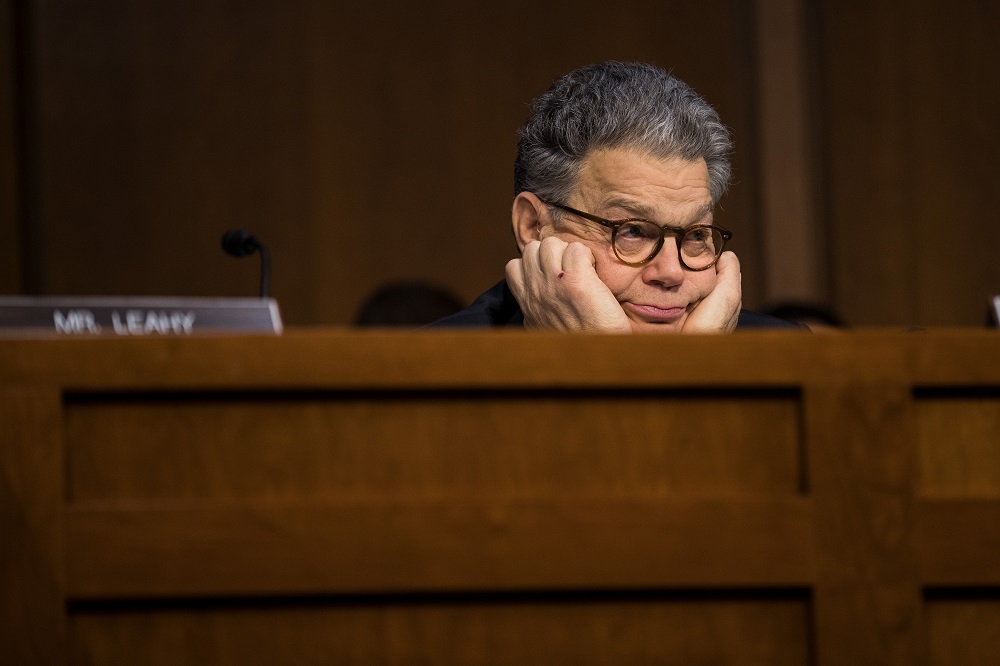 Kemplin shared the photo of her and Franken with CNN, and while it doesn’t show the Senator groping her, Kemplin claims she shifted her body to force his hand off her breast before the pic was taken. Nevertheless, she claims his hand rested there far too long for Franken not to have realized what he was doing.

Another woman, who chose to remain anonymous, told Jezebel that Franken tried to kiss her on stage after a taping of his Air America show. From Jezebel:

According to the woman’s account, she was working as the chair of her town’s Selectboard in 2006 when Franken, who was then a host for the progressive radio station Air America, came to her community. The woman was invited to appear as a guest in a live taping of his show and be interviewed in a theater in front of a large audience. Jezebel has independently confirmed that she appeared on the show.

After the interview, the woman tells us, “I reached out my hand to shake his.” Then, she says, “He took it and leaned toward me with his mouth open. I turned my head away from him and he landed a wet, open-mouthed kiss awkwardly on my cheek.”

The woman says that despite this taking place “onstage in front of a full theater…nobody saw it.” She also referred to Franken’s behavior as “insidious.” Because of this, she fully believes the other occusers who claim Franken groped them during photo-ops in front of family members.

The two women coming forward on Thursday brings the total number of Franken accusers to six.