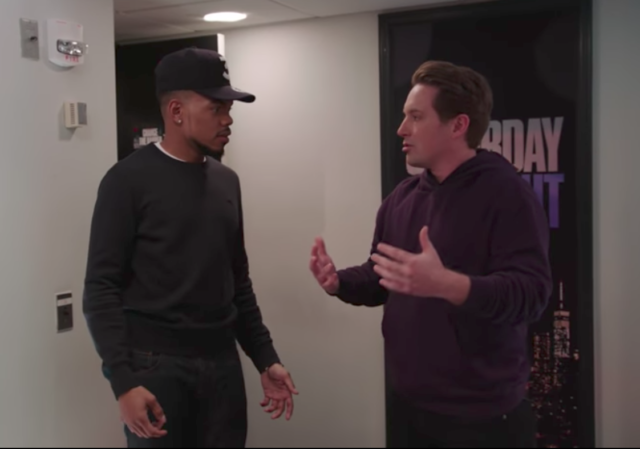 Chance The Rapper is hosting Saturday Night Live this week after 2 1/2 successful turns as the musical guest. Oddly, he’s not pulling double duty like past musician hosts including Taylor Swift and Lady Gaga, but maybe he’s got some collab cooked up with musical guest Eminem? They’ll at the very least appear in promos together later this week. In the meantime, here’s Chance’s first promo, which gets surprising mileage out of the silly conceit that SNL cast members like to get out their pre-show jitters by dancing.