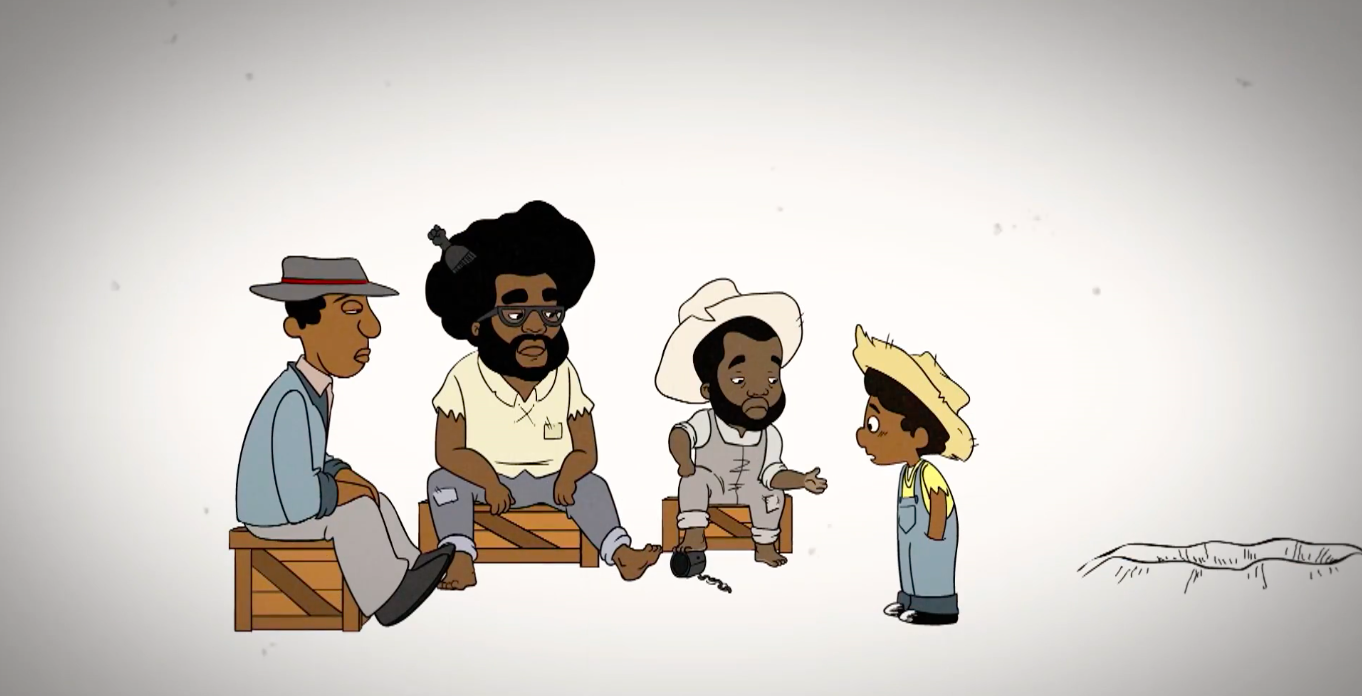 On Tuesday night’s season premiere of black-ish, an episode centered around a musical history lesson on Juneteenth, an animated version of The Roots gave viewers a Schoolhouse Rock-inspired primer on the real history of slavery and the origin of the holiday. It took three years after the signing of the Emancipation Proclamation for slaves to be freed; Texas landowners forced slaves to work through another harvest season after then Civil War ended, they explained. It wasn’t until June 19, 1865, to be exact, that slaves were officially freed, leading to the celebration of “Juneteenth” as the official end of slavery. On the track that follows, Black Thought sings, “I am a slave, yes I’m only a slave / They’ll place my body in an unmarked grave.”