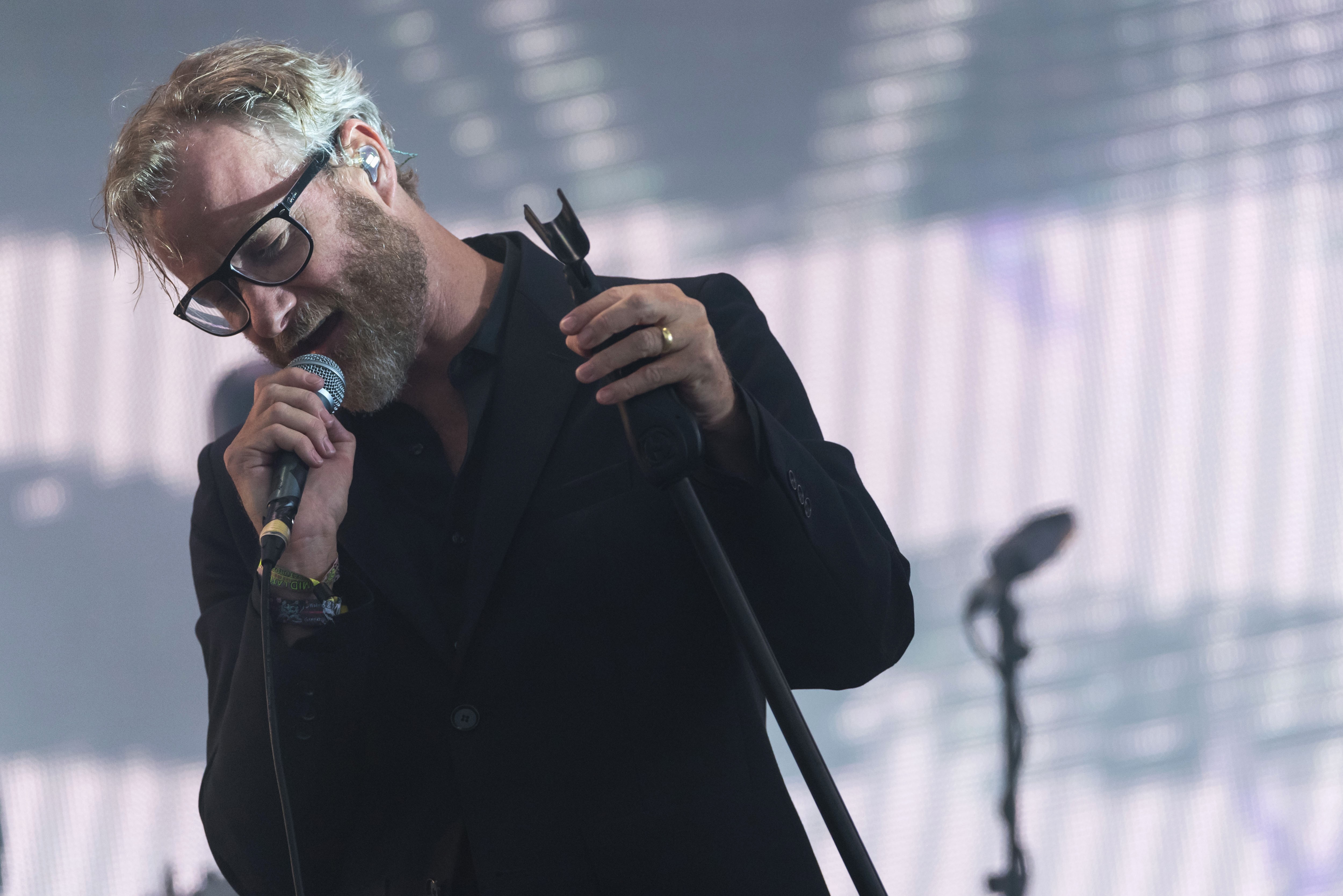 During their performance at Forest Hills Stadium in Queens Friday night, The National paid tribute to the neighborhood’s most famous punk rockers, The Ramones. Frontman Matt Berninger recounted a rumor he had heard about Joey Ramone, in which the punk singer lost a love interest to none other than Donald Trump. Berninger clarified that their cover was “for Joey, not for that dick,” before launching into a rousing cover of “The KKK Took My Baby Away.” Watch a fan-produced video of the performance below.