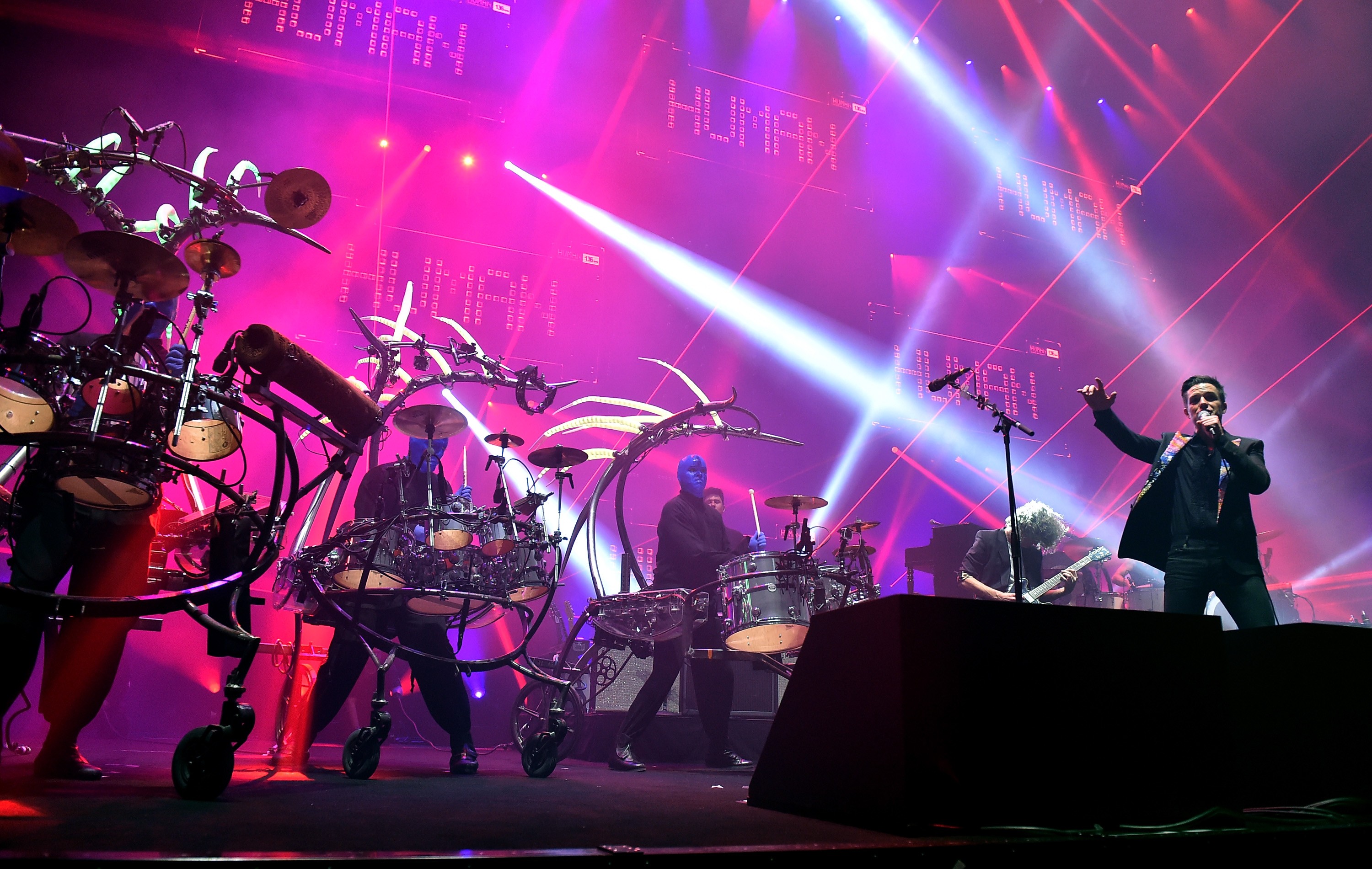 The Killers’ Brandon Flowers and Ronnie Vannucci appeared on Song Exploder, a podcast that features musicians analyzing their own work. In the episode, the Las Vegas rockers discuss “Rut,” a track from their recent album Wonderful Wonderful.

As Flowers describes it, “Rut” originated on the tour for his 2014 solo EP The Desired Effect. He wanted to play a song that wasn’t on the EP and would introduce the show. Fiddling with chord progressions and piano notes over time, Flowers eventually brought the track to the band for their input. Vannucci, the band’s drummer, adapted his percussion and added loops to bring it to life and give it that signature Killers snazz.

The lyrical inspiration came from Flower’s wife, Tana Mundkowsky. Without giving explicit examples, Flowers said she experiences PTSD due to a traumatizing childhood.

“I, of course, okayed it with her, but that ended up being a big part of this record,” Flowers says. “And so the song is from my wife’s point of view, and it’s from her perspective. And it’s about resilience. So, she’s singing to me. It’s almost like this submission, it’s her accepting like, ‘I’m facing this thing.'”  Flowers’ voice was altered accordingly to take on a more feminine pitch.

Check out the full episode on “Song Exploder” over at PRX, and read our September cover story on the band here.