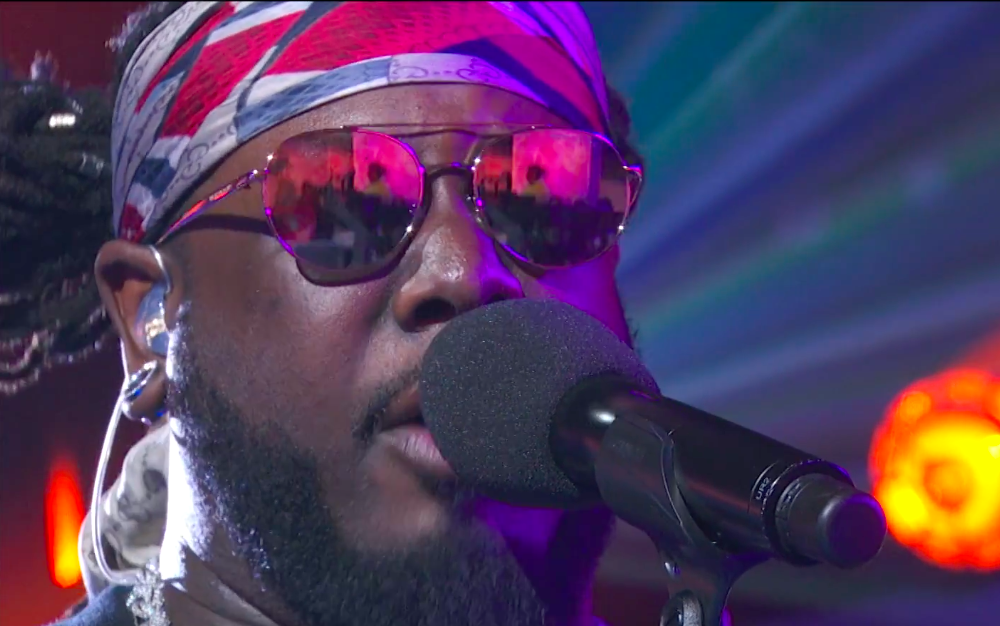 If you lived under a soundproof rock in late 2014, chances are you were one of the few who missed out on the pure joy of T-Pain’s autotune-free, career-reviving Tiny Desk Concert for NPR. Those 14 minutes led to a stripped-down tour for the “I’m In Luv (Wit A Stripper)” singer, which kicked off earlier this month. Now, in a step away from his six-date stint, he brought the essence of his tour to the newly-revived stage of TRL, with performances of his mid-to-late-aughts hits from “Buy U a Drank” to “Bartender.” Watch as Gen Z-ers wave their lit phones in semi-unison as the stirring swings swell behind T-Pain’s ad-libs.