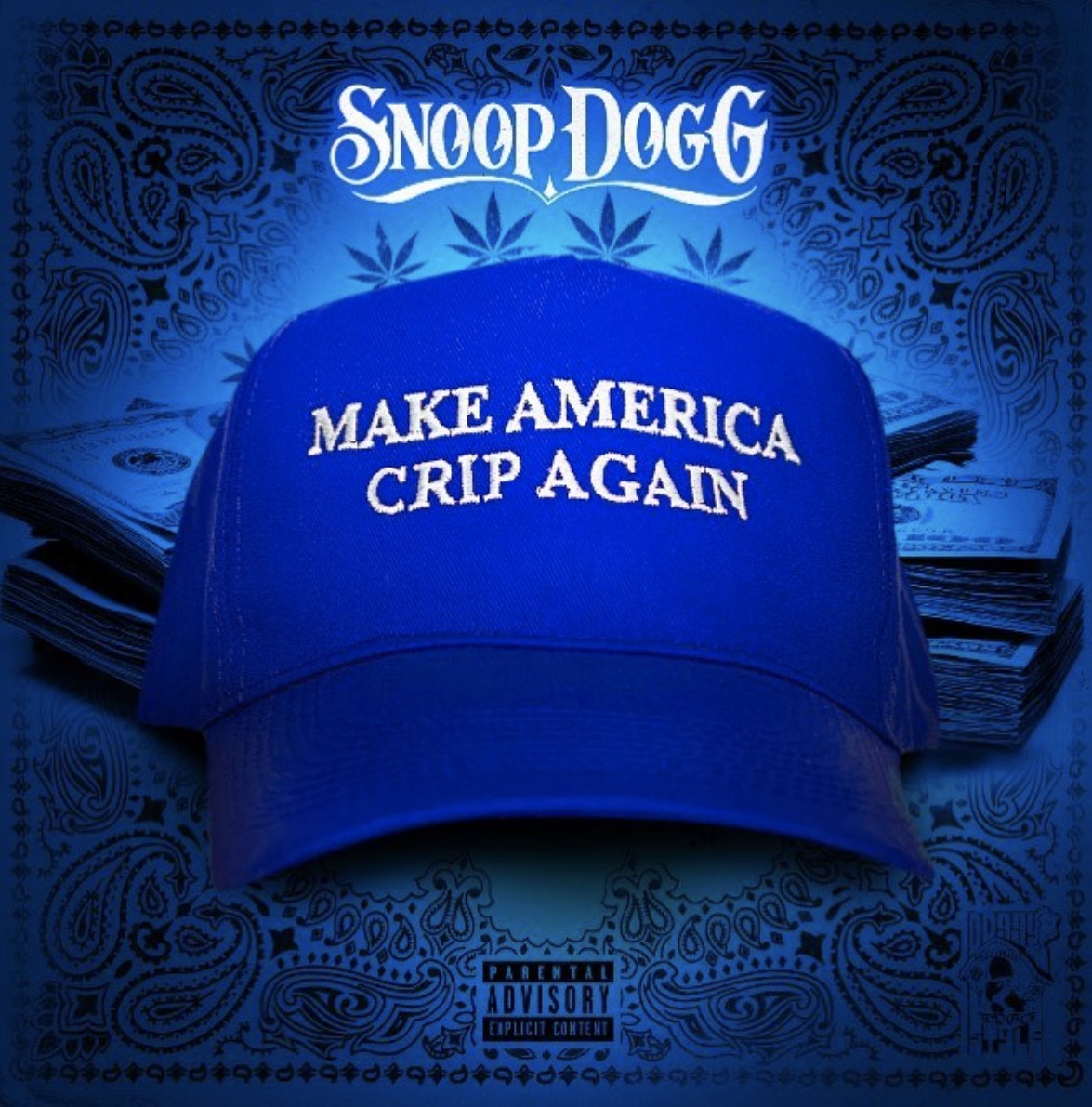 On Sunday, Snoop Dogg took to Instagram to share the title and cover art for an upcoming project. The new release will be called Make America Crip Again, with cover art stylized to mimic the red hat worn by Trump and his supporters. The project will be released October 27.

This isn’t the first time Snoop Dogg has feuded with the President: Back in March, Trump decried Snoop Dogg’s “failing career” in a tweet after Snoop Dogg aimed a gun at a clown resembling Trump in a music video with BADBADNOTGOOD.