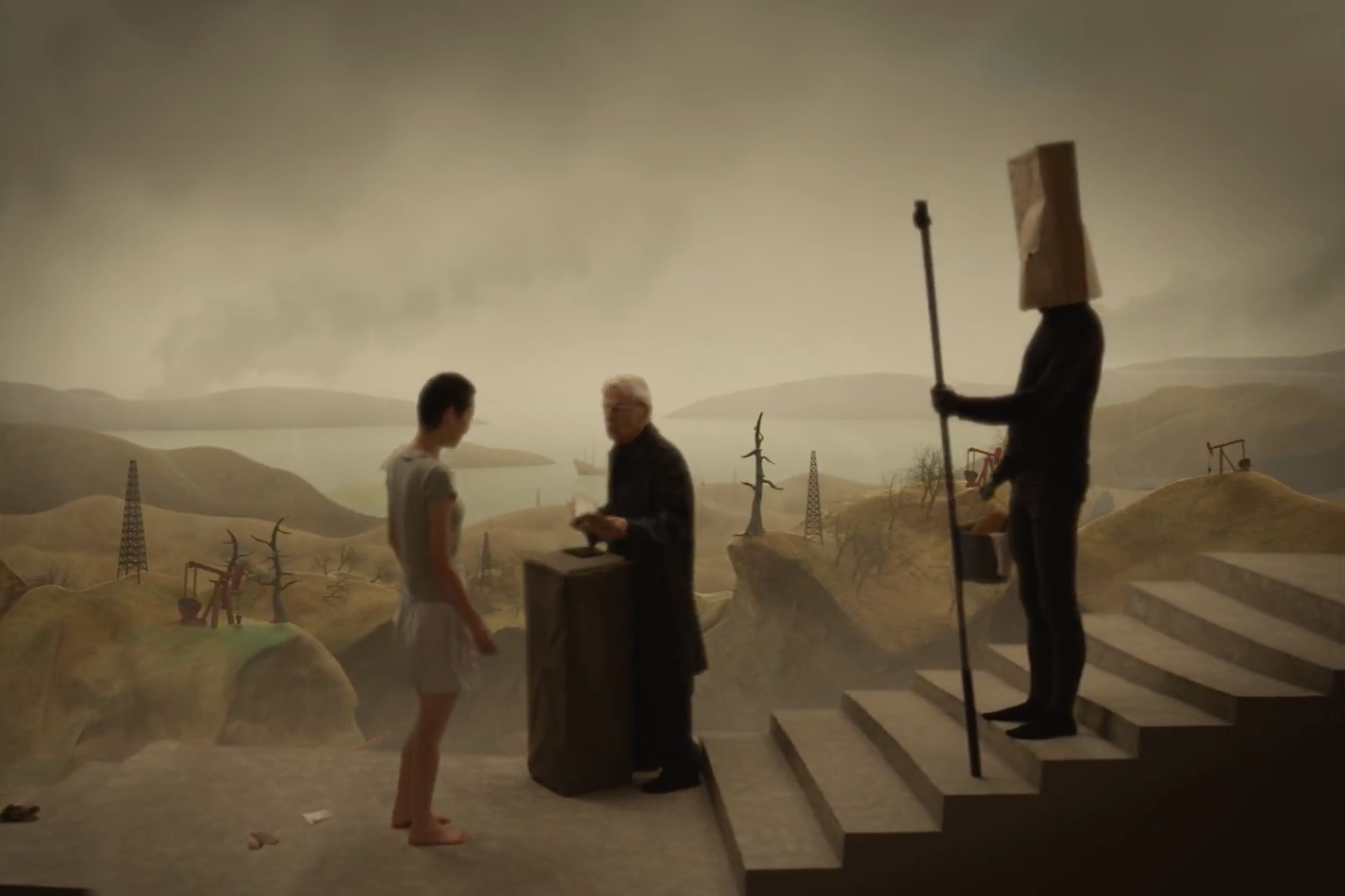 Protomartyr have a new video for “Don’t Go to Anacita,” a song from their recent album Relatives in Descent. Director Yoonha Park sets the song in a bleak, partially-animated world, where anonymous travelers on an infinitely scrolling staircase are watched over by masked enforcers. Inspiration came from filmmaker Zbigniew Rybzynski’s satirical “Stairway to Lenin,” as well as R.E.M.’s video for “Imitation of Life,” Park said in a statement:

“I wanted to make a visual that recreated the feeling of scanning over a large, densely populated image, like a Breughel painting or Where’s Waldo?. I wanted to convey a feeling of false progress and the idea that every new horror that meets us is part of a never-ending continuum.”

Watch below, and read our recent feature with Protomartyr.