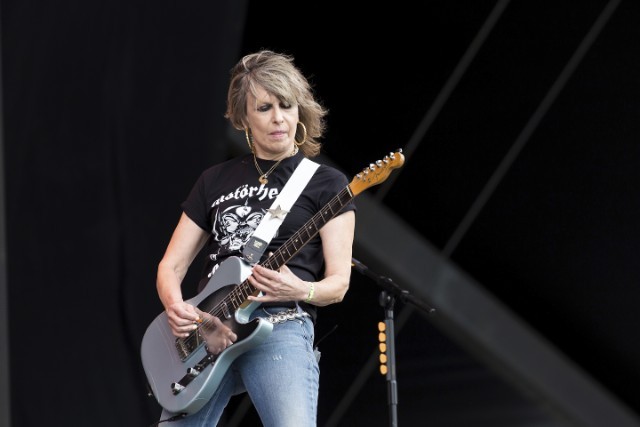 When new wave legends the Pretenders play live, they post signs asking people in the audience not to use cell phones while they’re onstage. Of course, people don’t comply too often, and last week in Dubai, frontwoman Chrissie Hynde reportedly unloaded on the audience, cursing them out before storming offstage early.

According to The Sun, Hynde was only a song into the Pretenders’ Thursday night set at Dubai’s Irish Village venue when she called people in the audience “cunts” for recording her. She also told them that she didn’t give a fuck because she already had their money. She also reportedly flipped off phone users and, as she was leaving the stage, “cocked her leg” and told the crowd to “take a picture of that.”

The National reports that, according to people who were in the crowd on Thursday night, Hynde also told people in the crowd to stick their phones up their ass and informed them that the Pretenders “ain’t Lady Gaga or Katy Perry, so if you wanna use your fucking phones, go and see them.”

In a post on Facebook earlier this month, Hynde apologized for cussing out fans with phones on a recent UK tour: “I do want to apologise for being a bit of a bitch when it came to camera phones and just being myself in general. As you probably know by now, when i’m not on the stage, i like to retain a very ordinary profile and get embarrassed by uninvited attentions. So if I told anyone to ‘get lost’ – it’s just me being the citizen God intended me to be.”