What the Hell Was Going on With This Hysterical Playboi Carti TRL Performance? 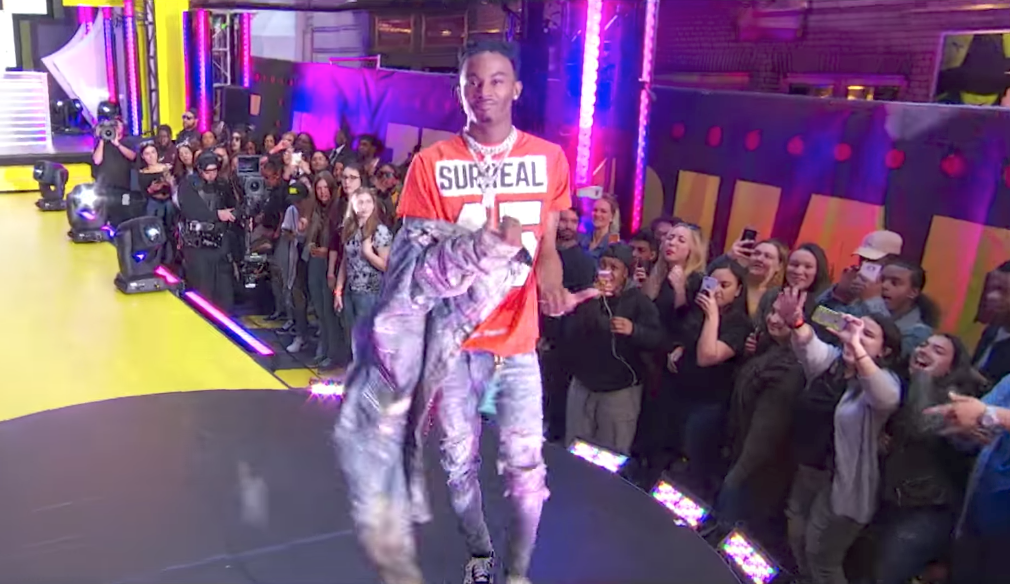 As you may or may not know, MTV restarted TRL this week with the hope that teenagers will turn on their parents’ televisions at 3:30 p.m. each weekday instead of watching some doofus on YouTube take FIFA 18 out of a cardboard box. Yesterday’s show featured an appearance by Playboi Carti, who came on to do his summer smash “Magnolia,” and the performance was so obscenely dry that I strongly urge you to watch it.

Between the incessant bleeping of his vocals, and Carti’s open disinterest in rapping along to his vocals, the audio of the song takes on an almost psychedelic quality. A friend described the performance to me as someone who was walking out of a karaoke room right as their song came on and then felt obligated to go through with it even though everyone can tell their mind and heart is not really in it. And, really, the performance does sound like Carti doing karaoke to his own song but then realizing 30 seconds in that he didn’t remember the verses as well as he thought.

I have never personally seen Carti live so I will reserve judgement on his talents as a performer. Instead I am choosing to believe that Carti realized before he went on that this new TRL is so wack that he might as well see what happens if he tries to transform into a ghost in the middle of a performance.