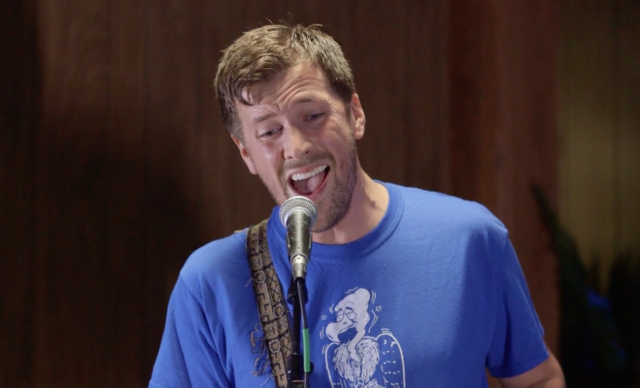 The pulverizing and twisted Boston indie rock band Pile visited The A.V. Club’s Chicago studio recently to participate in A.V. Undercover, the long-running series in which a band chooses a famous song from an ever-dwindling list and performs it for online posterity. Pile’s cover of choice is one of those crazy juxtapositions the brains behind the series probably had in mind: “The Tourist,” the gorgeously floaty and depressive grand finale from Radiohead’s OK Computer. Rick Maguire and friends do a great job of maintaining the feeling of the original track while infusing it with their signature scraping aggression. It’s really cool, even if Maguire’s guttural rendition of the high notes will not be every Radiohead listener’s cup of tea. (Personally I’m into it.) Hey man, slow down and watch below.