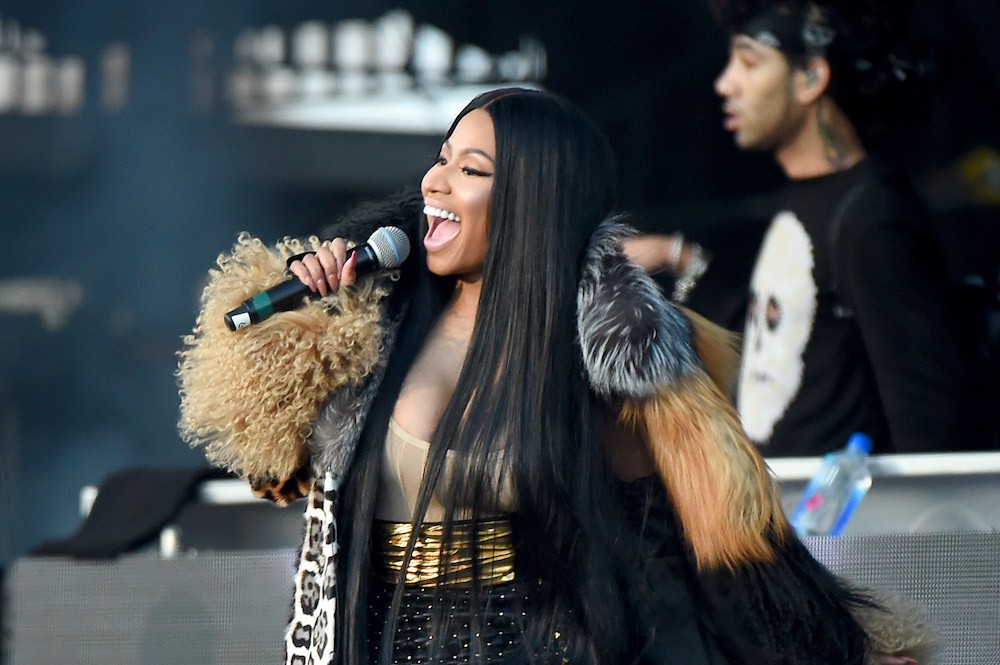 Nicki Minaj’s appearance on Kanye West’s My Beautiful Dark Twisted Fantasy is an undeniable star turn on a record that can sometimes feel like a big-budget action flick, overflowing with famous faces and shiny machinery competing for your attention. She appears on “Monster” in a cartoonish flash of violence, ripping her collaborators on the track to shreds and offering what is easily the most memorable verse on the album. (Rick Ross on “Devil in a New Dress” is the only one who comes close.) And to hear Nicki tell it, “Monster” almost didn’t make it onto the album that many consider to be his opus.

On Instagram this afternoon, Nicki commemorated the seventh anniversary of the release of “Monster,” which came out as an advance single and as part of the GOOD Fridays series in October 2010, before MBDTF arrived the following month. “Kanye called me to tell me Jay put a verse on this song & that he was still deciding if he would put it on his album,” she wrote. “Haha. It was like an hour long call where I tried to convince him to let the song stay on his album. He felt this verse would end up being the talk of the album. I said: YOU’RE KANYE WEST!!!!”

She also wrote that Kanye “wanted me to add more of that growling monster voice,” but that she “thought it was over kill.” See the full post below, which includes a clip from the lost video for the song, and listen to “Monster” after that.