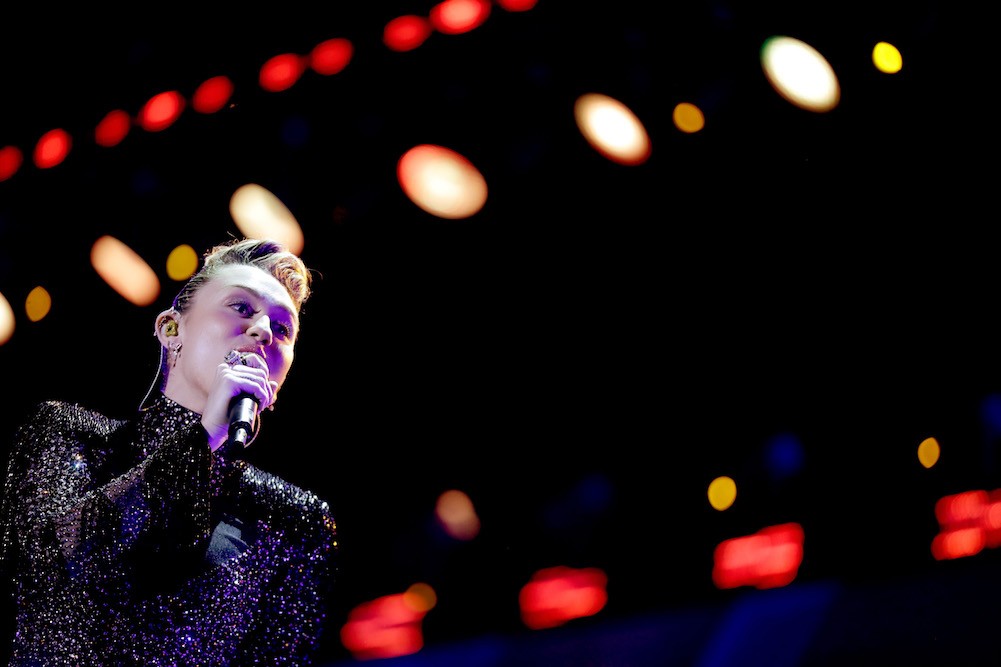 Ever since Tom Petty died earlier this week, a lot of artists have been covering his songs onstage: Fleet Foxes, Wilco, Coldplay, Against Me! Miley Cyrus, meanwhile, just dropped her Younger Now album, and she’s been in full promo-blitz mode. (Last night, for instance, she was impersonating her godmother Dolly Parton and duetting with Jimmy Fallon’s Kenny Rogers impression on The Tonight Show.) So it might seem cynical for Cyrus to cover a Petty song now, especially during an appearance on The Howard Stern Show. But it wasn’t. As Consequence Of Sound points out, Cyrus, during her Stern appearance, sang an emotional acoustic version of “Wildflowers,” the title track from Petty’s 1994 solo album. Cyrus has a rich, expressive voice, and it turns out to be beautifully suited for a song like “Wildflowers.” And she put a lot into her performance of the song, even slightly tearing up as it ended. Listen to her version of it below.

This article originally appear on Stereogum.