“Motor Sport” Is a Year in Review for Migos, Cardi B, and Nicki Minaj 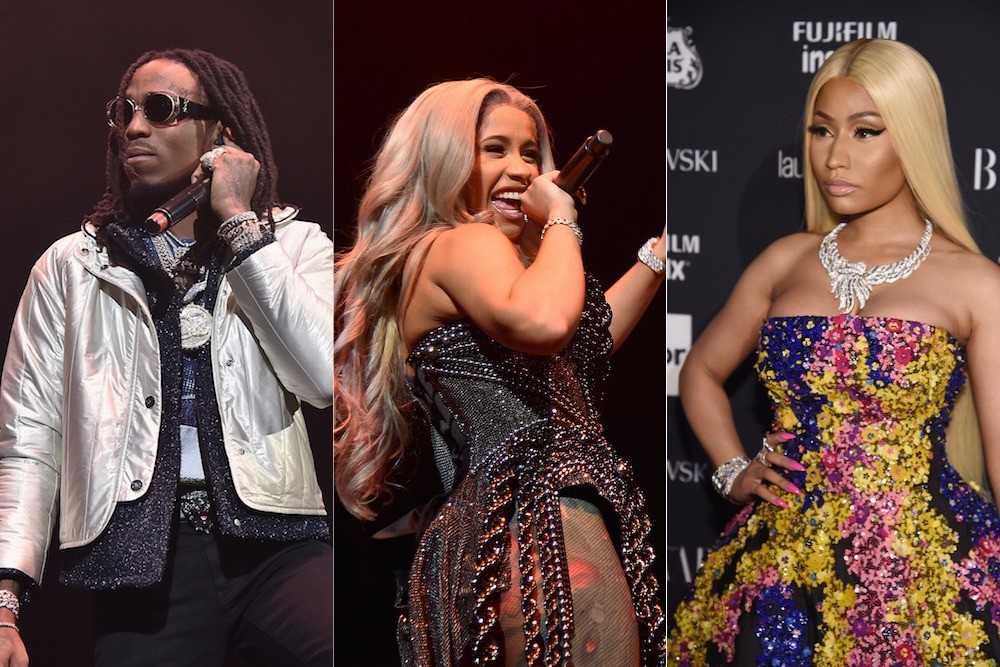 Described as “FUNKAAAAYYY” by Chris Rock, Migos’ Culture was enough of a phenomenon to prove that the album’s thesis—Migos are the culture—wasn’t premature self-mythologizing. The group has spent the year cashing in on the cultural cachet the hit album afforded them: Quavo has thrived as a go-to pop feature, and Offset has been bodying guest verses for his fellow Atlantians while pulling up on Cardi B. “Too Hotty” might’ve missed its chance to become one of the songs of the summer, but the seductive scorcher is at least getting chart attention. Their latest, “Motor Sport,” which is expected to appear on the forthcoming CULTURE II, is a peculiar but succinct encapsulation of the trio’s year. Rather than continuing the momentum, it serves as a synopsis for Migos’ 2017 as well as that of guests Cardi B and Nicki Minaj.

Aided by CuBeatz and Murda Beatz’ production—bell-heavy bacchanalia—Migos’ loosen their cool veneer for some acrobatically delivered boyishness. Quavo starts off the shindig with free-associative flexing only to end in mourning (“I wish my grandma could see me / Take away pain, ain’t easy”), and Takeoff dedicates some lines to wink at Nicki (“If Nicki should show me her titty, right hand on the Bible, I swear I won’t tell”). Nicki does what she’s been doing for most of the year: Counting off her achievements while having mixed success with those punchlines (“I don’t work in no office, but they copying and that’s facts, though”). She also mentions these bitches are her sons once again.

Cardi’s currently the hottest of the bunch, so it makes sense that she’s the MVP here. She spends her time joyously shooting from the hip, briefly cribbing her “Bodak Yellow” cadence, making ribald nods to her relationship with Offset, and spearing her unnamed, unfortunate competitors (“Their pussy stank; they’re catfishin'”). Her verse-ending claim that she’s “the trap Selena” is a tight example of her endearing wit. Also, she’s probably right.