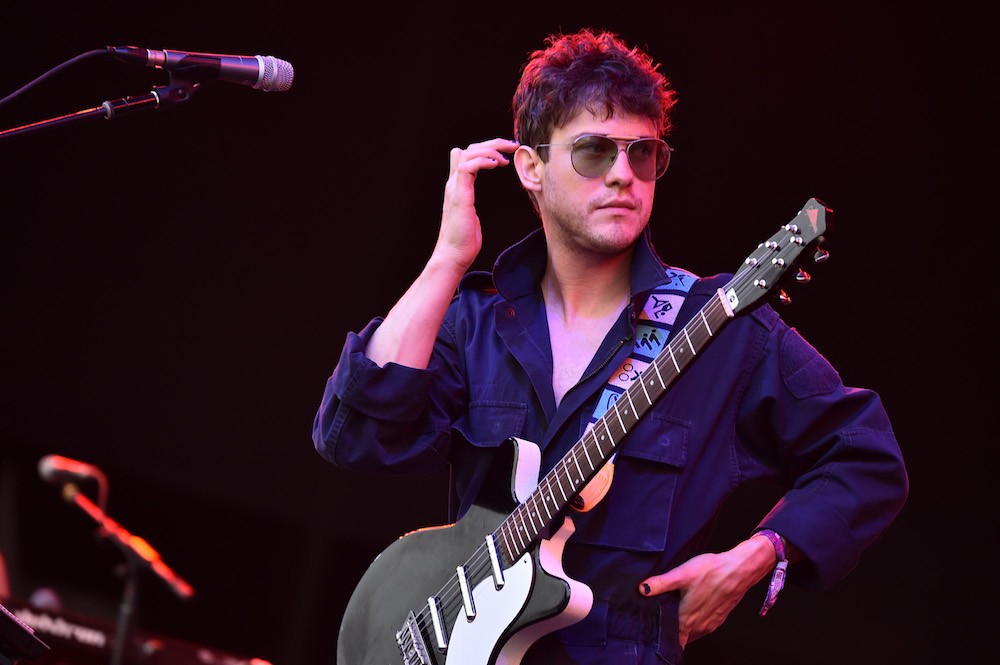 Was ever a modern band’s debut record more immediately iconic for the college set than MGMT? A decade ago, Oracular Spectacular captured the yearning of white collegiate life, in which gloriously stoned co-eds aspired to return to a childish state and forego the dreariness of the middle class routine. Because the music was so melodically appealing, they quickly expanded past their initial art kid following to hook the jocks, who they soon decided to freak out by making a couple of unclassifiably proggish follow-ups. That decision was commercial suicide—2010’s Congratulations debuted at No. 2 thanks to their buzz, but 2013’s MGMT tanked entirely—although artistically freeing. Once you’ve made the best version of a particular sentiment, there’s no reason to go back.

“Little Dark Age,” the band’s first single in four years, doesn’t return to that halcyon mood. Still, it’s far less bugged out than “Your Life Is a Lie,” the first single from MGMT. (Congratulations didn’t release a single at all: The band’s Ben Goldwasser told NME “there definitely isn’t a ‘Time to Pretend’ or a ‘Kids’ on the album.”) The song establishes itself over familiar sounds of rubbery bass and shimmering synths, but now removed from that co-ed hedonism, the lyrics point toward a darker mood. Andrew VanWyngarden sings of rotted feelings, failed jokes, and finding himself in a very solitary space: “You’ll see me standing all alone,” he sings in a flat voice. “Horrified / On the stage / My little dark age.”

Not that they’re suddenly depressed. In the dada-esque video, the band appears dressed up as goth kids, something no intelligent person could do without being in on the joke. About halfway through, there’s a squiggly synth that echoes the introduction of “Time to Pretend,” right before Goldwasser melodramatically cracks a whip and stares in the camera. These images are a little Rushmore, a little Sixteen Candles, but it’s cute—they’re trying. Toward the end of the song, the music drifts off past the lyrics and flowers into a meditative groove, something you can definitely imagine scoring the end of a party when the lights have dimmed and the feelings have gotten  more desperate. It’s dark, but only a little, and the vibe feels appropriate for where they are now—older, and without office jobs, but recognizant of what’s still gone wrong.