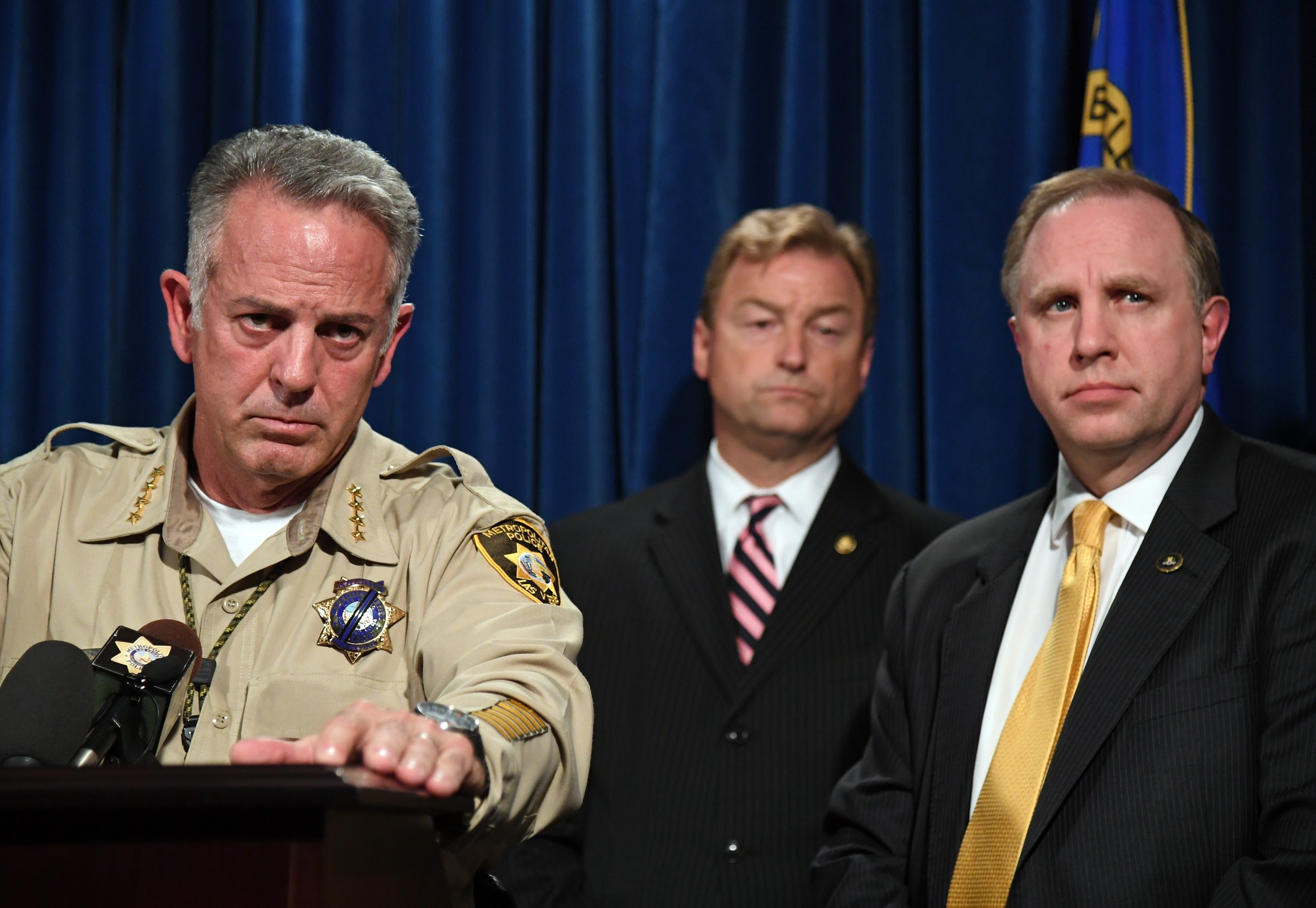 At a news briefing on Monday, Las Vegas sheriff Joseph Lombardo revealed an update in the timeline of the shooting that occurred at the Route 91 Harvest festival last Sunday.

Previously, Lombardo had told reporters that police believed the arrival of Jesus Campos, a hotel security guard, had caused gunman Stephen Paddock to stop shooting at the concertgoers below his hotel. But now, Lombardo has revised that information, reporting that Paddock instead shot Campos at 9:59 p.m., six minutes before he began firing on the crowd.

According to Lombardo, Campos came up to the 32nd floor to investigate an alarm caused by an open door unrelated to Paddock. Paddock, who had outfitted a room service cart with security cameras and placed it outside his room, then shot Campos through the door of his suite. Police state that Paddock fired 200 rounds into the hallway.

Although Campos alerted hotel security, Lombardo said police were not aware of the incident until they stormed Paddock’s room ten minutes later. Police were instead alerted to Paddock’s location by alarms set off by gun smoke. Vegas police say they are still unsure of exactly what caused Paddock, who killed himself before the SWAT team entered the room, to stop shooting at the crowd.