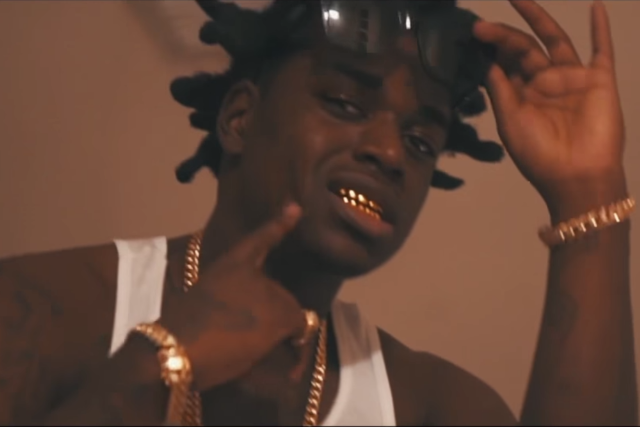 Kodak Black has been indicted on charges of first degree criminal sexual conduct by a grand jury in Florence County, South Carolina, local ABC affiliate WPDE is reporting. The charges stem from a February 2016 incident in which the 20-year-old rapper born Dieuson Octave is accused of sexually assaulting a teenaged girl in a hotel room after a show at the Florence nightclub Treasure City.

The girl, who has gone unnamed in news reports, first reported the alleged assault to the school nurse at her high school in nearby Richland County. Last August, when Octave was set to be released from a Florida jail after earlier charges of armed robbery and false imprisonment, it was announced that he would be extradited to South Carolina because of an outstanding arrest warrant regarding the Florence County incident. The warrant, which you can read in full here, alleges that the rapper “put his penis into the victim’s vagina” and “did not stop” after she “repeatedly told him” to. He was formally charged and detained for the incident in November, and was released after posting bail the following month.

Twelfth Circuit Solicitor Ed Clements told WPDE that Octave faces up to 30 years in prison if he is convicted. A trial date has not yet been set.