Kid Rock to Howard Stern: “Fuck No, I’m Not Running for Senate. Are You Kidding Me?” 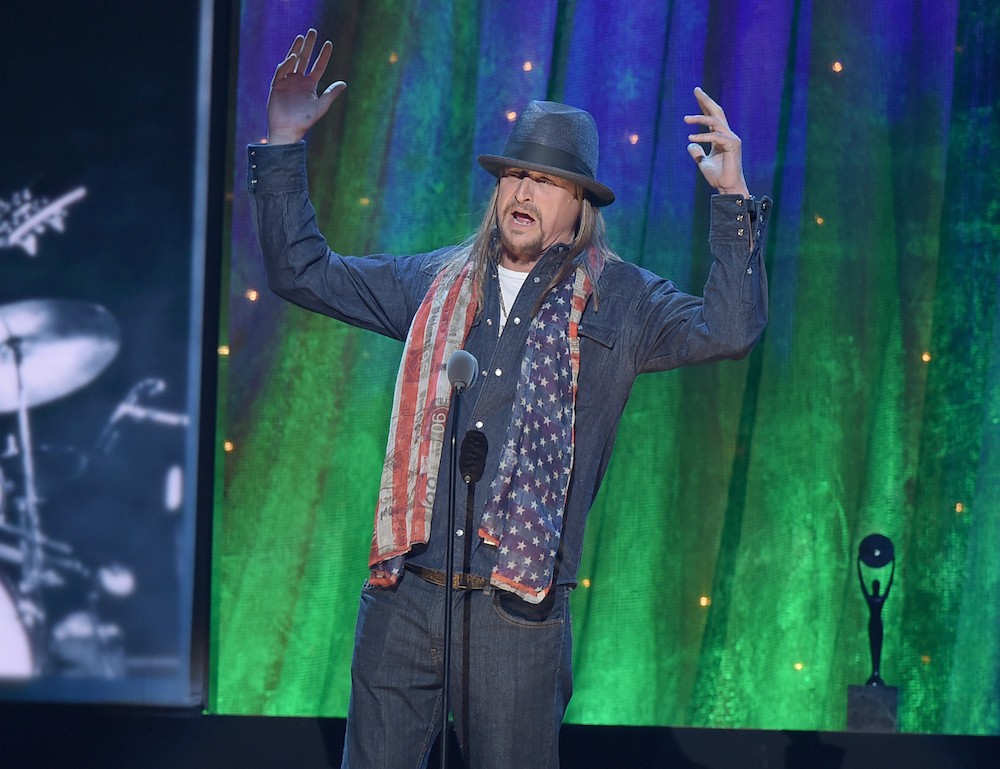 Kid Rock was the guest on today’s episode of The Howard Stern Show, where he revealed that despite every intimation to the contrary over the last three months he will not be running for one of Michigan’s U.S. Senate seats in the 2018 election. “Fuck no, I’m not running for Senate. Are you kidding me?” he told Stern, as noted by the Detroit Free Press. “Who couldn’t figure that out? I’m releasing a new album. I’m going on tour, too. Are you fucking shitting me?”

The man born Robert Ritchie first floated his name for the seat in July, when he published a campaign website of sorts on the URL www.kidrockforsenate.com. There was good reason to be skeptical at the time–namely that he hadn’t filed any of the necessary paperwork with the FEC–but the statements spelling out his seemingly earnest desire to run kept piling up. “They are trying to use the old confederate flag BS, etc. to stir the pot, when we all know none of this would be going on if I were not thinking of running for office,” he wrote in September. “Pretty funny how scared I have them all and their only agenda is to try and label people / me racist who do not agree or cower to them!!” (“P.P.P.P.P.S. I LOVE BLACK PEOPLE!!” that particular statement closed.)

Rock had a solid shot at winning the Republican primary, but if the polls are to be believed (and who knows whether they are these days), he would have likely been trounced by the Democratic incumbent Debbie Stabenow in the general. Still, that didn’t stop GOP kingmakers like Senate Majority Leader Mitch McConnell from lining up to support him. Looks like the joke’s on them.