Katy Perry Got Stuck Mid-Air During Her Concert Last Night 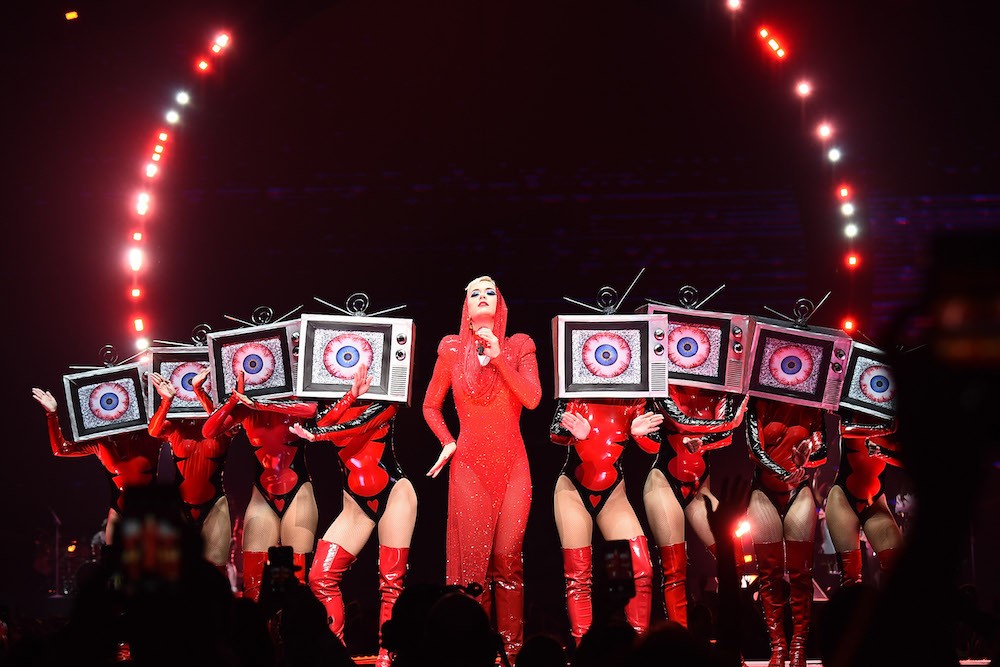 Katy Perry’s Witness tour rolled over to Nashville last night, where a glitch briefly left her stuck in mid-air. Because pop boisterousness is her brand, Perry’s concerts feature a floating planet that functions as her stage. Unfortunately, the stage wouldn’t come down, leaving Perry with the task of improvising during the awkward mishap. “I could be stuck here forever,” she said. “What should I do? Should I tell some jokes, should I tell some stories, should I just sing another song?”

She didn’t have to do another song in mid-air, though. After throwing a few pleasantries at the audience (“Ya’ll are the real stars tonight!”), the stage descended just low enough for Perry to dive into the crowd before continuing her show. Watch the moment and listen to the Perry-isms below.

Lol @katyperry’s flying planet stage got stuck in Nashville and she had to jump into the crowd pic.twitter.com/p3aYrYlQbF