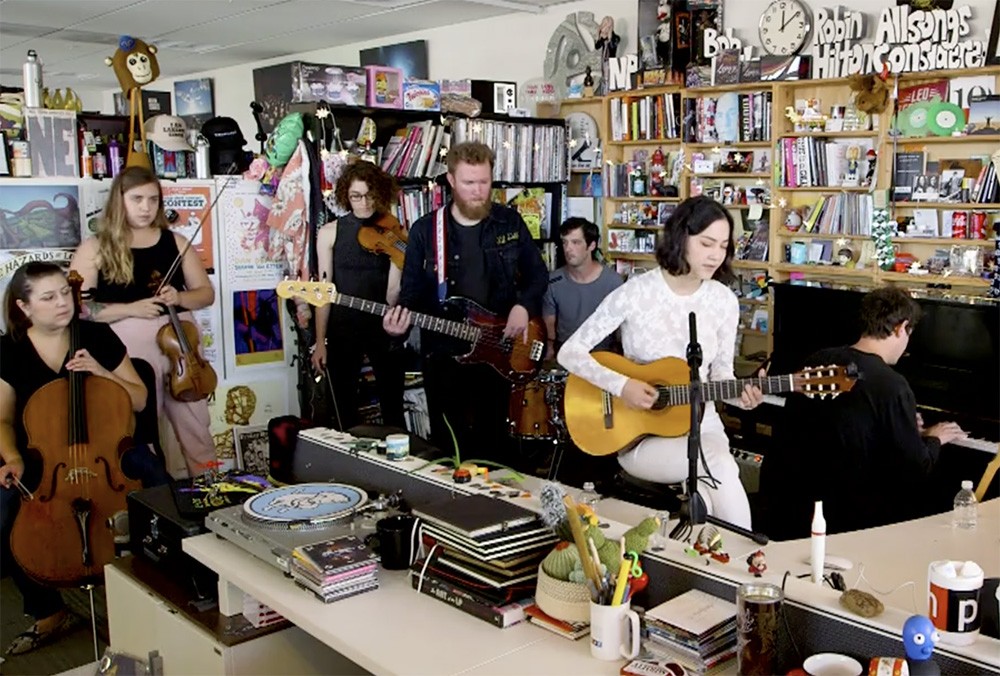 Japanese Breakfast stopped by the NPR offices to record a stripped down, intimate performance of three songs from her new album, Soft Sounds from Another Planet. Rather than exploring the dark synths present on the album’s studio recordings, Michelle Zauner partnered with Rogue Collective, a D.C.-based string section, with whom she performed at her D.C. tour date later that evening. The orchestral arrangement swirls around Zauner’s voice, lending new gravitas to album tracks “Boyish,” “Till Death,” and “This House.” Watch the performance below, and read our August feature on Japanese Breakfast.