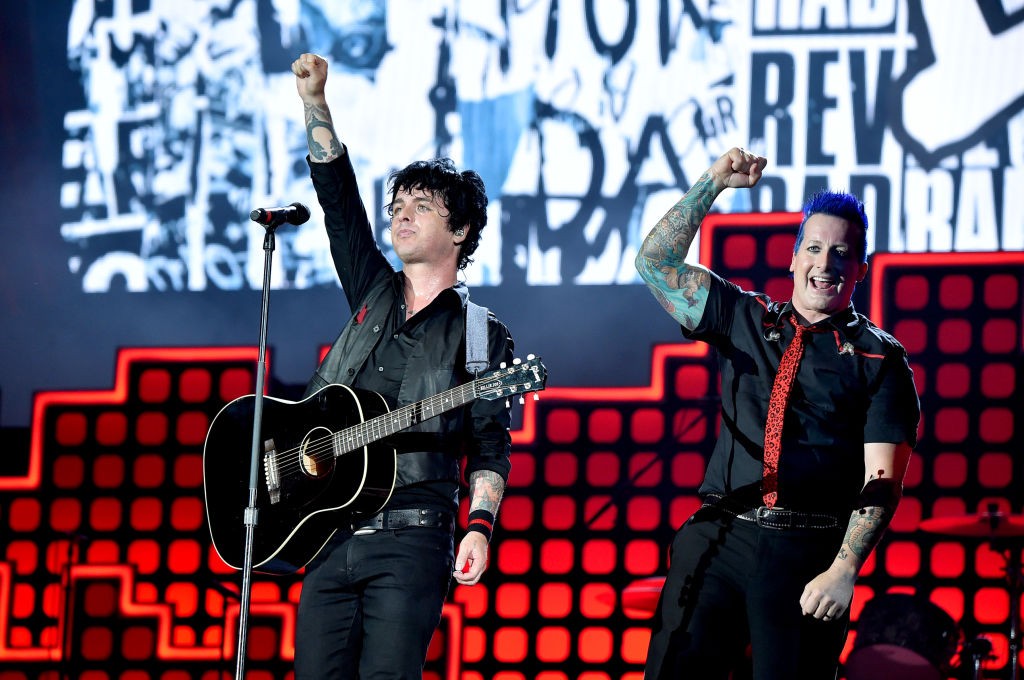 Green Day released their last LP, Revolution Radio, almost exactly a year ago, and today they’ve announced their next release: a summation of their career to date, portentously titled Greatest Hits: God’s Favorite Band. The collection of the pop-punk band’s hits is laid out chronologically, beginning with Kerplunk’s “2000 Light Years Away” from 1991 and moving up through the present. The album will also featured two new tracks, “Back in the USA” and a new version of Revolution Radio’s “Ordinary World” featuring Miranda Lambert.

In the band’s tweet announcing the project, they also clarified that they’d be releasing a new music video with the project, and thanked Stephen Colbert, who inspired the album title with a skit he did to introduce the band on his show. Check out the track list and art for the collection below.