Watch Foo Fighters Perform “The Pretender” at the Acropolis 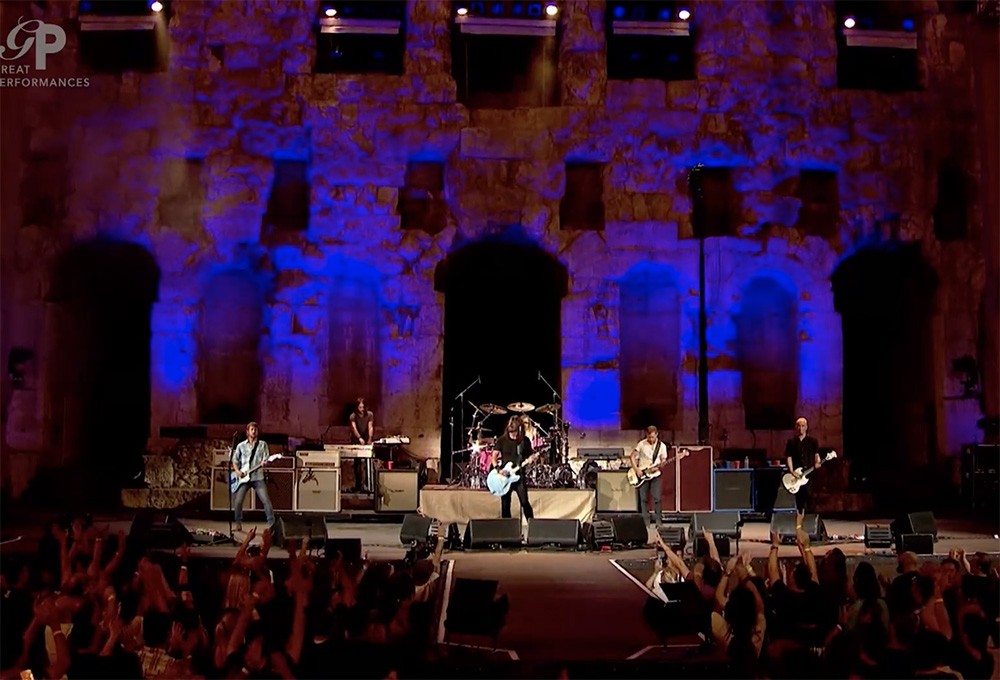 As part of the PBS docu-series Landmarks Live in Concert, Foo Fighters performed an enthusiastic  rendition of the “The Pretender” in front of a packed crowd at the Acropolis in Athens, Greece. Standing in front of an ancient stone structure that once housed the Pantheon, Dave Grohl roars at the crowd: “Do you like rock’n’roll? Do you want rock’n’roll?” Later, he implores the crowd to dance, proclaiming, “I do it for you,” before jamming out with guitarist Chris Shiflett.

Foo Fighters recorded their show for Landmarks Live in July, and the episode will premiere on November 10. The Foo Fighters show marks the first rock concert to ever be held inside the historic structure, according to the show’s website. The episode will also include the band touring Athens and speaking with the show’s host, Red Hot Chili Peppers drummer Chad Smith.

Of the episode, Smith told Rolling Stone, “We were given this extraordinary opportunity to spend a week in a city that’s over 3,400 years old, the birthplace of democracy, theater and philosophy. The significance of being allowed to stage a major rock show at one of the world’s (not just Greece’s) most significant landmarks was not lost on any of us. We were all humbled and honored.”

Watch the lively performance below.