Evening Standard Magazine Apologizes to Solange for Touching Her Hair 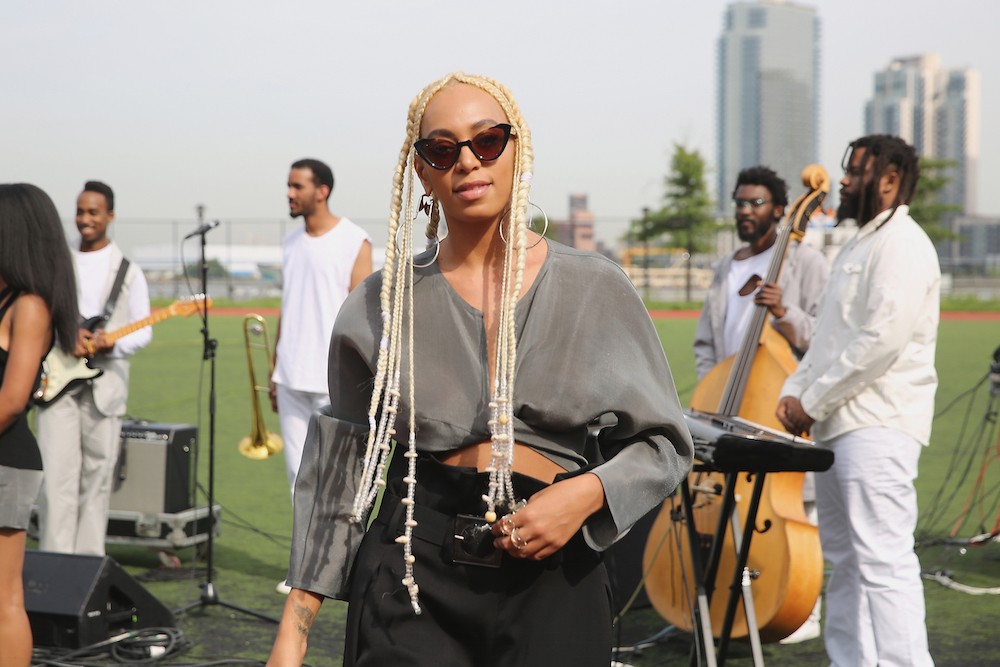 The London Evening Standard Magazine has apologized to Solange for editing out part of her elaborately arranged braids for the print cover of their most recent issue, which includes a feature on the singer. “The decision to amend the photograph was taken for layout purposes, but plainly we made the wrong call and we have offered our unreserved apologies to Solange,” the magazine said in a statement Saturday.

The magazine’s photoshoot shows Solange with her hair bleached, braided, and arranged in a halo-like circle over her head, and in the accompanying interview the singer describes the art of braiding for black women as an “act of beauty, an act of convenience and an act of tradition.” The print cover, however, features Solange without the halo, prompting her to post an unedited version of the shot to Instagram with the caption “dtmh,” as in “Don’t Touch My Hair.”

A photographer from the shoot, Daria Kobayashi Ritch, also mentioned the controversy in an Instagram post that shows the magazine’s edited cover, writing: “So incredibly honored that I got to photograph [Solange] for the cover of [Evening Standard]. I am also saddened that they chose to alter the image by removing such a powerful aspect of it.”

On Saturday, the Evening Standard released a statement about the controversy, which you can read in full below, via The Guardian:

“We were delighted to have the chance to interview the wonderful Solange Knowles and photograph her for this week’s edition of ES.

“It is therefore a matter of great regret that the finished cover artwork caused concern and offence.

“The decision to amend the photograph was taken for layout purposes, but plainly we made the wrong call and we have offered our unreserved apologies to Solange.”

The edited photograph isn’t the only controversy regarding the Solange cover, though; Angelica Bastien, the journalist who wrote the feature, has disavowed it, saying the Evening Standard created a “fiasco despite my efforts.”

I am publicly disowning the Solange piece London Evening Standard published today. The entire piece was a fiasco despite my efforts.

I told my editors to take my name off of the byline because they distorted my work and reporting in ways that made me very uncomfortable.