Here Is What Eminem Said About His Fans 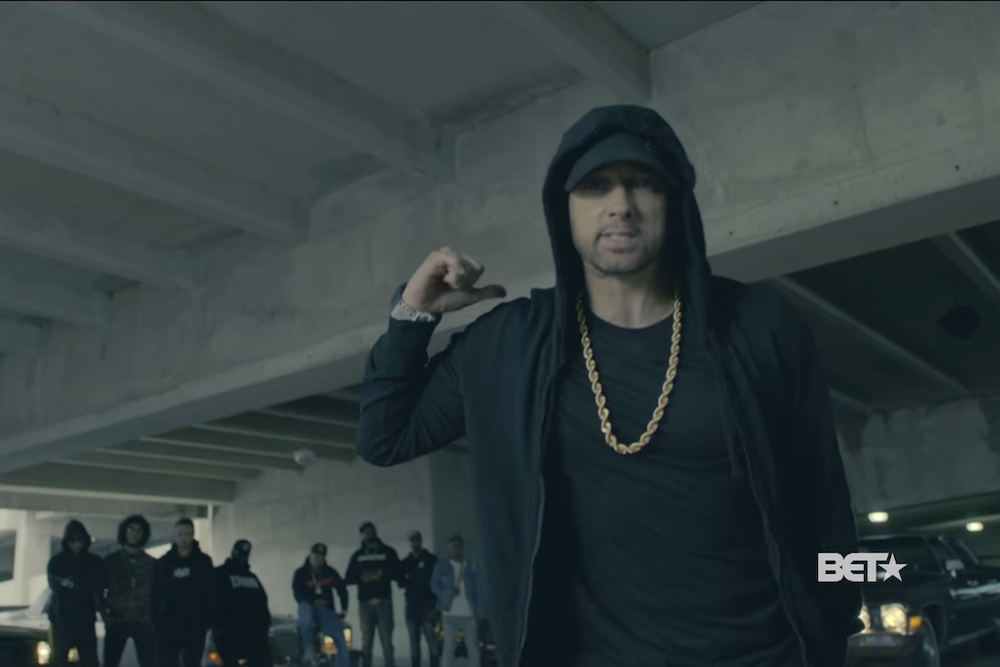 The BET Hip-Hop Awards’ big moment was indisputably Eminem’s a cappella evisceration of Donald Trump, with the most interesting part of that being when the rapper broke the fourth wall to directly address his fans who may also be Trump supporters. This is what he said to those people specifically:

Any fan of mine who’s a supporter of his
I’m drawing in the sand a line, you’re either for or against
And if you can’t decide who you like more and you’re split
On who you should stand beside, I’ll do it for you with this: Fuck you
The rest of America stand up
We love our military, and we love our country
But we fucking hate Trump

The Trump administration is the antithesis of hip-hop’s creators and consumers, so in some respects a rapper saying “you should not support Trump at this point” is preaching to the choir. But Eminem, as the most successful white MC of all time, is no ordinary rapper.

Last August, the New York Times published graphics that used YouTube data to examine which parts of America were more likely to listen to a particular artist. One of the artists studied was Eminem, and the Times summed up their findings this way:

His fan base is strongest in whiter and more rural places: West Virginia; southern Ohio; eastern Kentucky; deep north Maine; the Ozarks in Missouri; across the Great Plains. And, of course, Eminem is popular in his hometown, Detroit.

All of those states—save Maine, which splits their electoral votes—went for Trump. There’s no word on if Eminem did read that piece, but it’s easy to assume that he knows his fan base well, which makes these lines pointed and very, very specific.