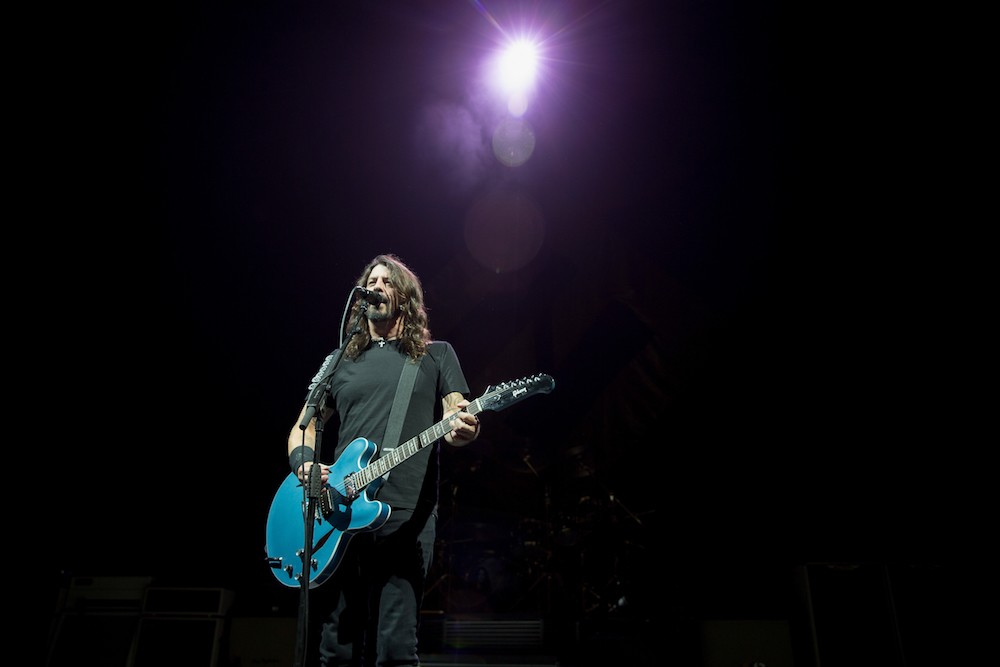 Jimmy Kimmel’s son William is having heart surgery next week, and while the late-night host prepares for the procedure, a bevy of celebrity friends are filling in for him as guest presenters of Jimmy Kimmel Live. SPIN readers will likely be most interested in Tuesday’s star: Dave Grohl, head Foo Fighter and former Nirvana drummer.

William was born with a serious heart condition in April, and was the subject of Kimmel’s emotional monologue on healthcare from the following month. According to The Hollywood Reporter, his surgery was originally scheduled for this week, but was delayed.

The first guest host is Shaquille O’Neal on Monday night, followed by Grohl on Tuesday, Channing Tatum on Wednesday, and Jennifer Lawrence on Thursday. Grohl’s episode will feature Alice Cooper as an interviewee and musical guest. The two have collaborated onstage before–if fans are lucky, maybe the host will jump behind the drum kit for Cooper’s performance.