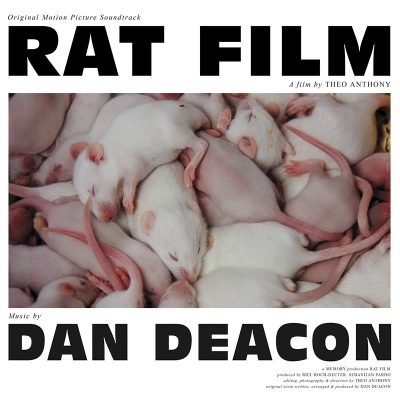 Using Baltimore’s rat infestation as a backdrop, the documentary Rat Film explores larger themes about the city’s history of racism and segregation. So it seems only fitting that on his original soundtrack for the film, electronic musician and composer Dan Deacon employed the help of actual rats.

In an interview with NPR, Deacon describes how he built an enclosure containing electronic instruments called theremins. As the rats scurried about the enclosure, they would land upon different theremins. Deacon recorded “not just the sound, but a digital conversion of the voltage” and the changes in pitch and volume that accompanied the rats’ movements. Those recordings essentially became data that he could then manipulate on a computer.

For a visual and technical explanation of how Deacon scored the film, check out this short video from Domino Recording Co. And, hear the rats for yourself by streaming Rat Film below: