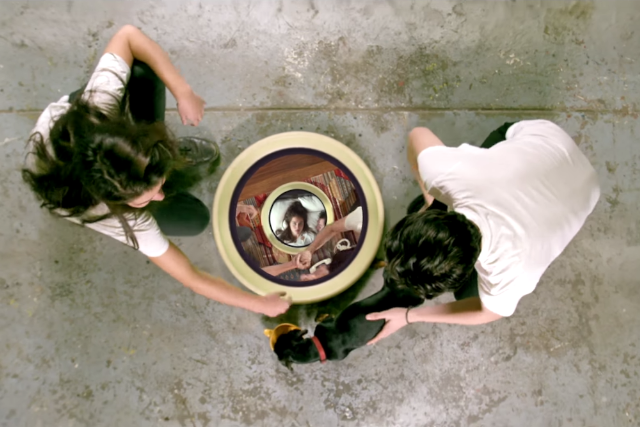 A month after releasing Haiku From Zero, Cut Copy have dropped the video for “Standing in the Middle of the Field.” Directed by Vincenzi Vandella, the psychedelic clip takes a look at a duo’s daily ongoings as the camera pans out through a series of circles. The second half of the clip use the same technique for some outdoor shoots.

“It would cover the minutia of their everyday intimacy, while also expanding to wider epic vistas, within the one journey,” Vandella said about the video. “We shot the interior scenes by literally tying a camera to a rope and hoisting it from the ground upwards. Then we filmed a wide assortment of exteriors with a drone, from national parks to inner city lane ways, compositing everything together in post.”

Watch the video for “Standing In The Middle Of The Field” below.