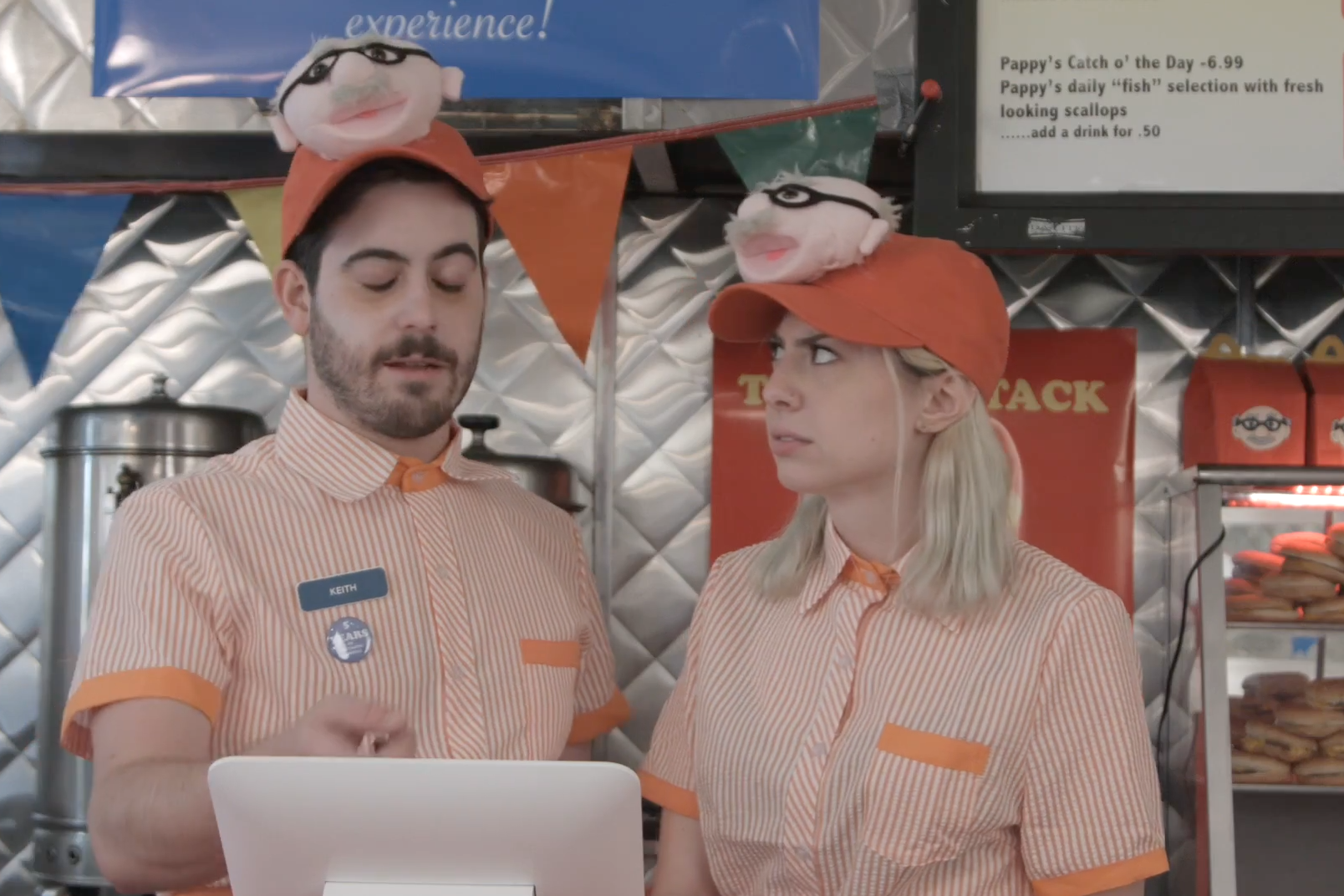 As we all know, Charly Bliss singer Eva Hendricks is going to end up working at Dairy Queen. But it seems her first fast food job was at Doublemeat Palace, the Buffy the Vampire Slayer burger joint with, uh, questionable health and safety standards. The band just released a video for their Guppy track “Scare U,” starring Hendricks and the rest of the band as employees at “Pappy’s.”

According to W, where the video premiered, Charly Bliss shot “Scare U” at the Park Luncheonette in Greenpoint, Brooklyn, back before they signed a record deal. Happy Friday the 13th of October! Watch below.