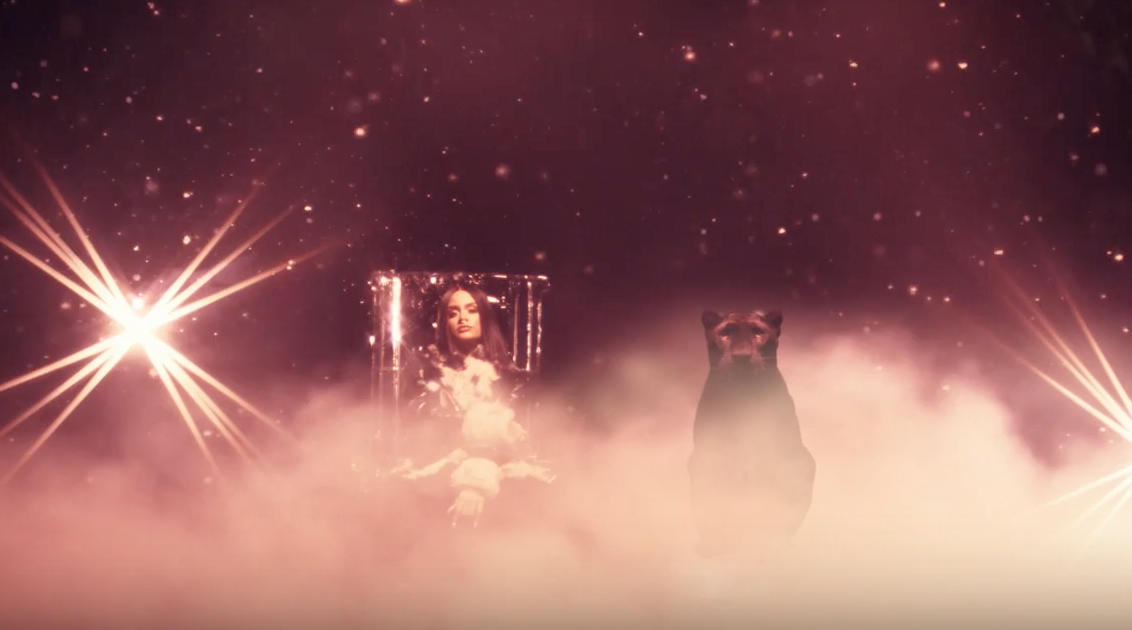 Calvin Harris has premiered the video for “Faking It,” his collaboration with Kehlani and Lil Yachty from his July album Funk Wav Bounces Vol. 1. The clip takes place in a stormy, surreal landscape, featuring Yachty and Kehlani performing in front of what looks like a car made of ice in a storm storm. Eventually, the car gets smashed with a hammer, and Calvin Harris shows up with some funny glowing sunglasses sitting at a piano. Previously, Harris released a video for his Jessie Reyez collaboration “Hard to Love” and two distinct videos for “Feels,” his heavyweight all-star single featuring Katy Perry, Pharrell, and Big Sean. Watch the “Faking It” clip below.