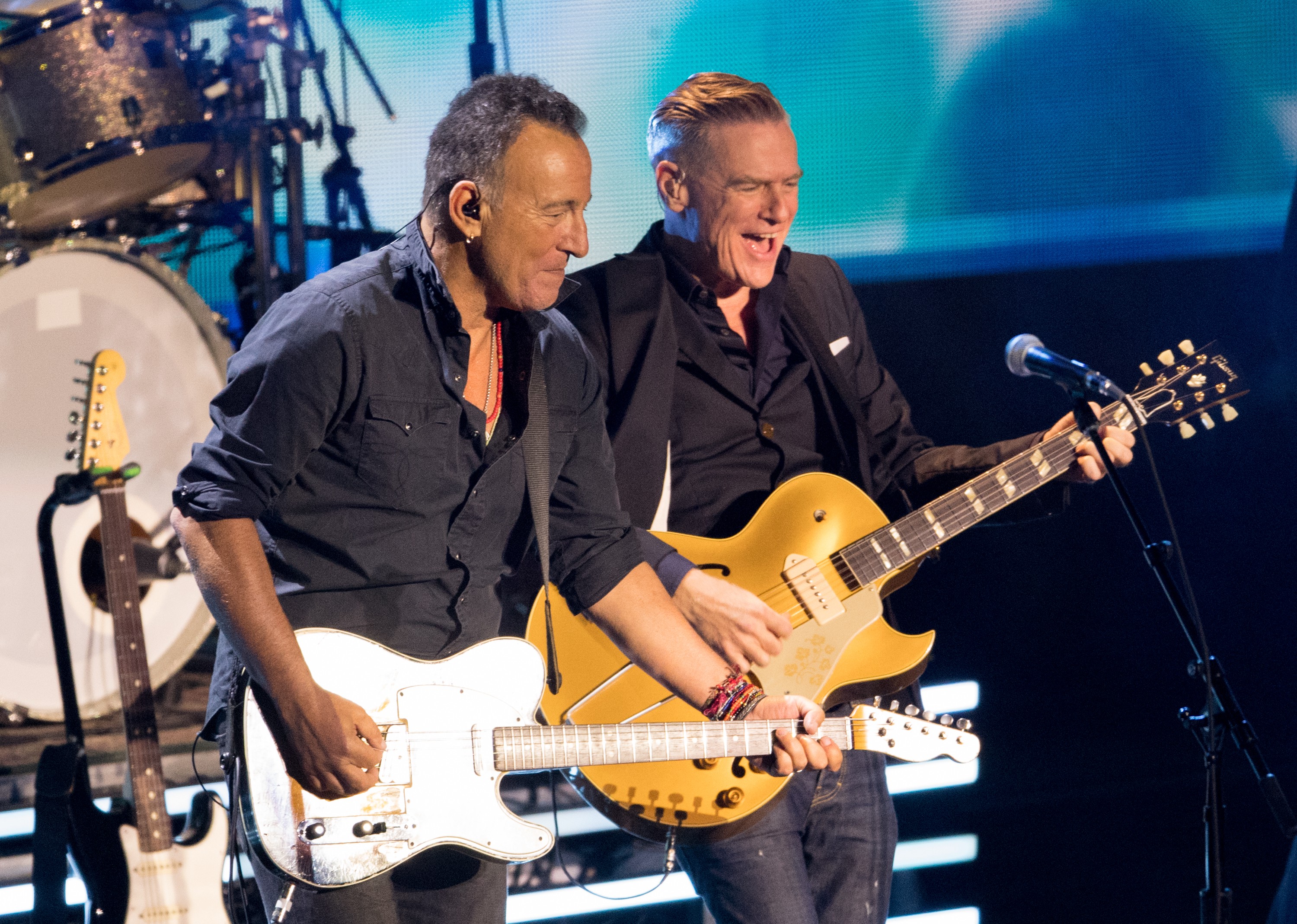 Bruce Springsteen and Bryan Adams helped conclude the third Invictus Games, a week-long Paralympics-style competition for wounded military veterans, at the closing ceremony in Toronto yesterday. Springsteen, who also performed a solo acoustic set, joined Adams and his band onstage at the Air Canada Centre for a rendition of Adams’ 1983 hit “Cuts Like A Knife” and his own “Badlands.” Kelly Clarkson, Bachman & Turner, and Coeur de Pirate also performed at the event. Watch below.