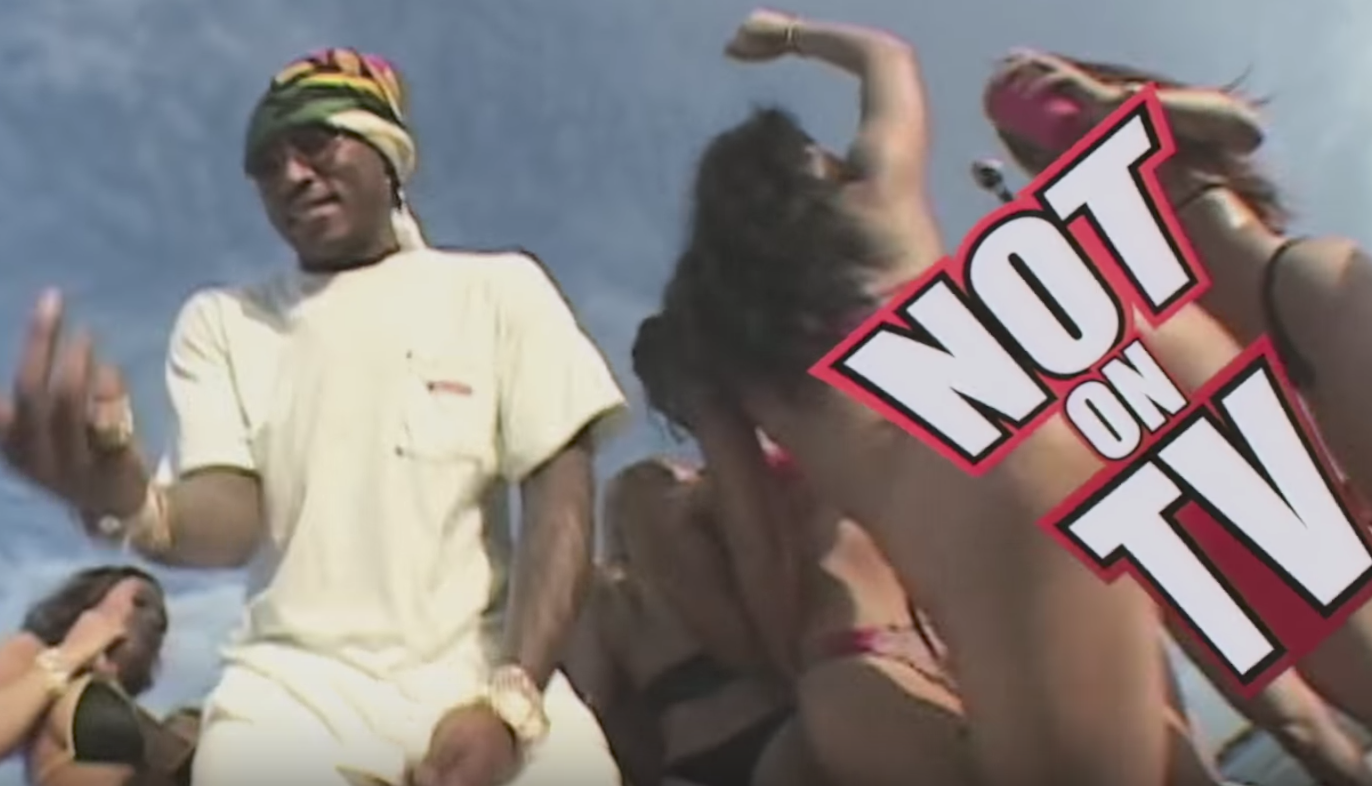 Young Thug and Future’s “Relationship,” which was featured on Thug’s Beautiful Thugger Girls LP from earlier this year, is an enduring sign of what two of Atlanta rap’s greatest creative forces can do when they put their minds together. The song has just received a visual treatment, co-directed by Young Thug and The Rite Brothers. The clip finds two rappers paying clear homage to the late-’90s infomercials for Girls Gone Wild VHSs that used to play on Comedy Central or TNT in the middle of the night. The video takes place entirely on a yacht, and was captured on a grainy VHS camera. At relevant moments of twerking and nudity, carefully-placed “NOT ON TV” and “CENSORED” decals appear. There’s bad spotlighting and night vision; it’s a pretty convincing imitation. Watch below.