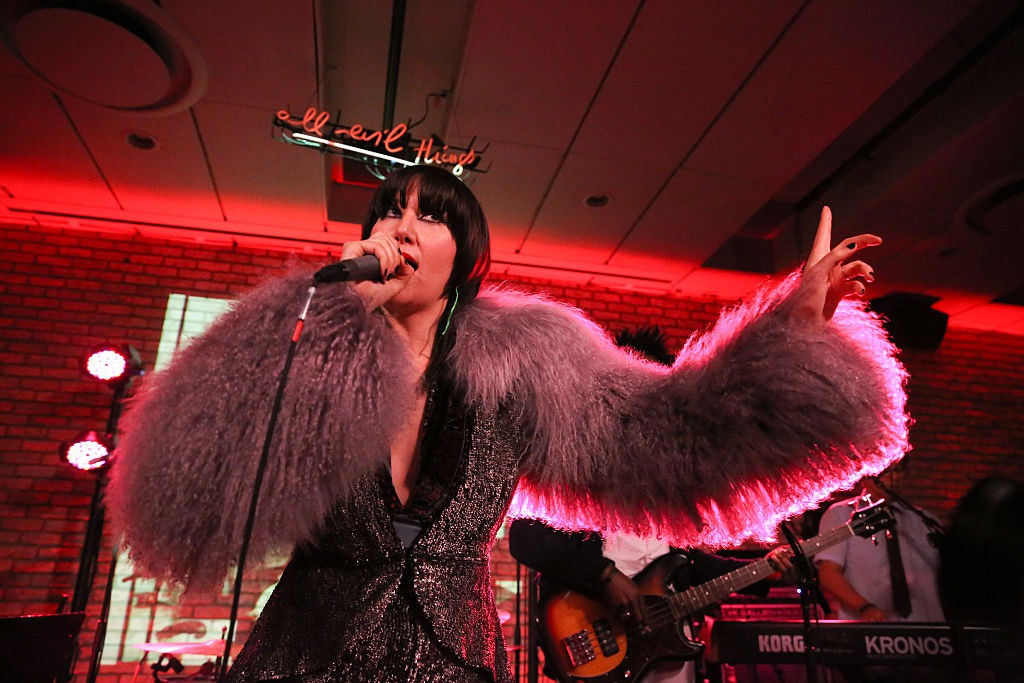 The Yeah Yeah Yeahs’ Twitter feed over the course of the last two months has been largely #tbts of shows and moments of glory from the early 2000s. It seems like this may have been a prelude to a big, musical #tbt the band is announcing or releasing tomorrow, though nothing’s exactly clear yet. Today the group posted a tweet reading “Wait….. #FeverToTell  Tomorrow.” To translate, that’s “Wait…,” the central imperative in the chorus of the band’s most famous single “Maps.” The hashtag is the title of the album the song was taken from: the YYYs’ 2003 debut studio album.

The tweet also included a snippet of audio from a phone call–apparently, Karen O describing some musical high jinks she and guitarist Nick Zinner were getting up to in 2002, with some kernels of old tunes playing in the background. Soon afterwards, the band posted “Phone Jam” to their YouTube channel: a full version of the recording consisting of jamming and snippets of old voice messages woven together into an noisy, bizarre six-minute recording.

Is a reissue of Fever to Tell imminent? We’ll have to wait (for tomorrow) to find out. In other recent Yeah Yeah Yeahs news, the band is set to play their first shows in four years in October and November.