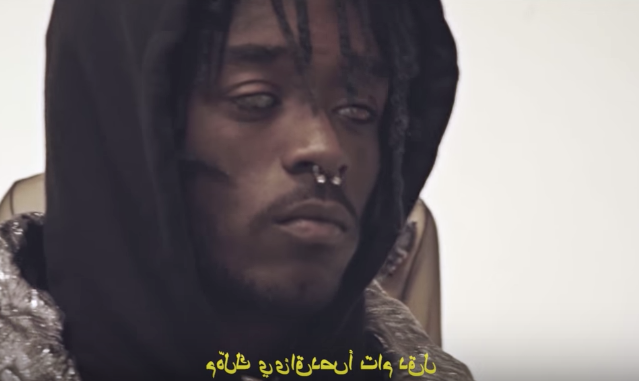 Last Monday, Lil Uzi Vert dropped a new video for his hit single “XO Tour Llif3.” Directed by beloved fashion designer and Kanye West collaborator Virgil Abloh, the video featured zombie girls, Arabic subtitles and an appearance by the Weekend, who Uzi was on tour with at the time of the song’s debut on Soundcloud.

But as Ali Suliman at the Fader pointed out earlier this week, something about these Arabic subtitles didn’t quite add up. Instead of offering the sort of straightforward translation one would generally expect from subtitles, the text translates to random nonsensical letters and sounds that have absolutely nothing to do with the song’s original lyrics. When Abloh’s team was later approached by the Fader, they said that while they did initially reach out to Arabic speakers for a correct translation, the team chose not to use the translation in the video, instead going with something more oriented around aesthetics, with co-director Alvin Sonic noting that he “loved” the “wrong” look.

Arabic is one of the world’s most popular languages and it’s hard to think these guys could ever really get too far without someone picking up on the gaffe. Included with the Fader’s post are number of screenshots showing a direct translation, revealing just how the bad the captions really are once translated. Check out the post here and revisit Abloh’s original video below.