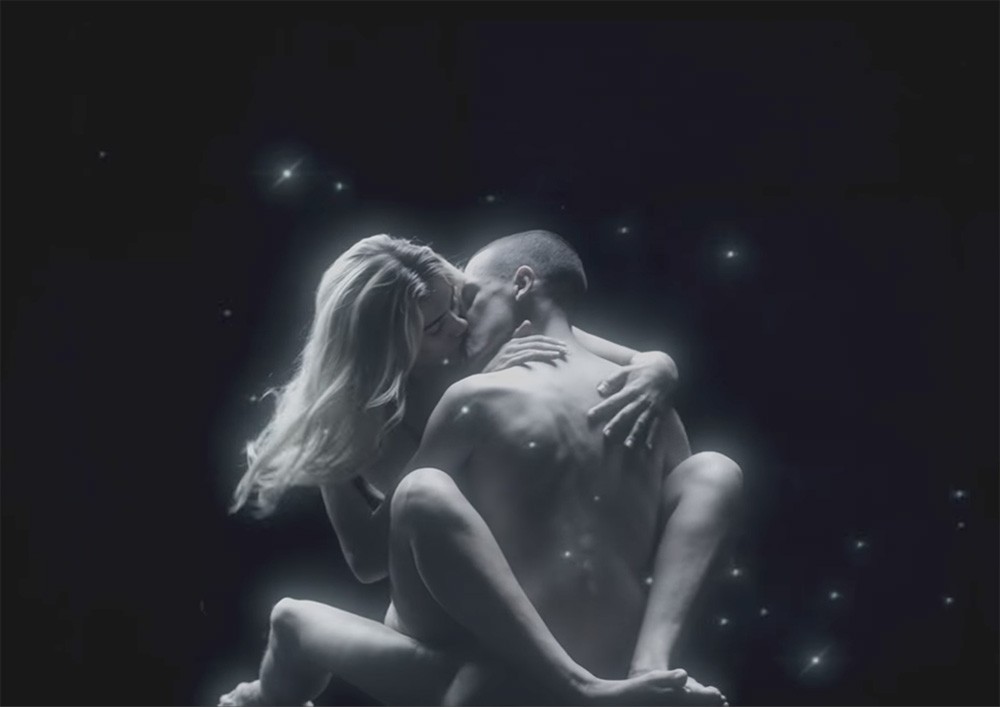 French electronic duo Justice have released a highly sexual video for “Pleasure,” off of their third full-length release, Woman. The video is a follow-up to the clip for Justice’s track “Fire,” starring Susan Sarandon. The new video is decently NSFW, featuring a svelte couple enjoying some lightly graphic sex that culminates in the man and woman seemingly melding into a throbbing mass of skin-like textures writhing on the floor. The video also has a decidedly futuristic and otherworldly aesthetic, for which the video’s director Alexandre Courtès credits lighting designer Nicolas Loir.

Courtès describes the concept of the video as a “supernatural love scene.” He writes,

“Xavier and Gaspard had a concept in mind of a supernatural love scene: an extrapolation of feelings during sex, a symbiosis. I fell in love with the idea, as I had something similar in mind for a while. So to combine their ideas with mine was great. For a long time, I’ve wanted to play with strong vivid colors and bright tubes that travel through the bodies of characters…and they liked the idea too. We ended up shooting a bold, sensual sex scene, with lavish colors.

Nicolas Loir’s lighting really made the scene look amazing and helped the film come together brilliantly. I knew we had to be in the action: to be as close as we could to their faces and skin. Thanks to Nicolas’ work, the shoot was less raw, making the end result truly exciting.

My goal in the project was to achieve a sensual film that deals with emotions, a film that goes beyond the crude aspect of the situation. I hope we got close to it.”