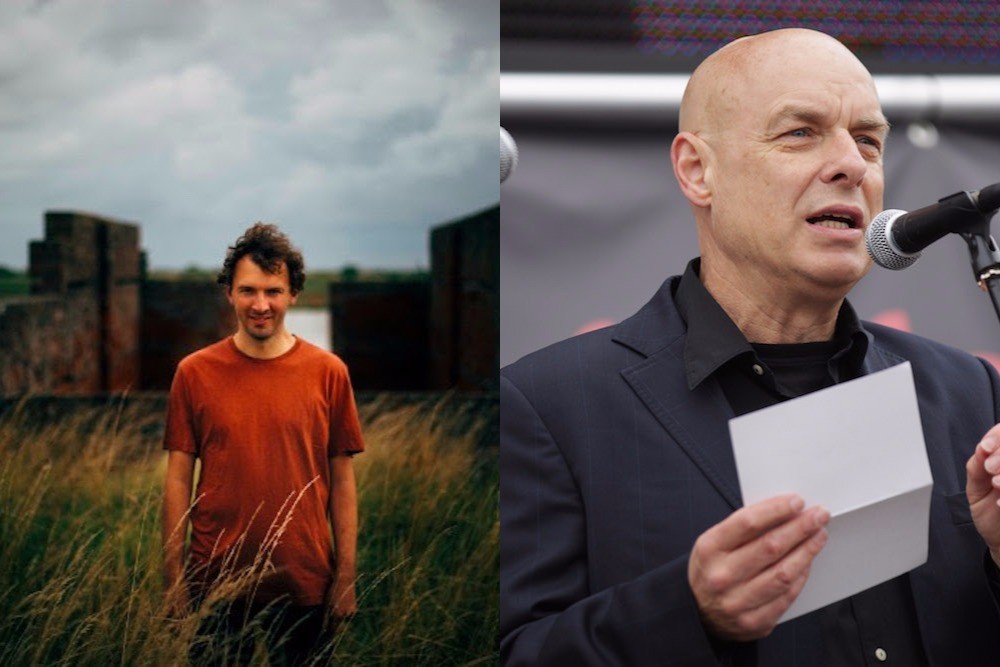 English pianist and Three Trapped Tigers founder Tom Rogerson is releasing his debut album, Finding Shore, later this year, and it’s a collaboration with the legendary Brian Eno. According to the press materials, Rogerson met Eno on the bathroom line at a show, which is one of those stories that sounds too good to be true but just banal enough that it probably is. “Motion In Field,” the first song Rogerson is sharing from Finding Shore, is a comforting and dynamic piece based around twinkling keys and some sharp Moog work. Listen to it below.