The Weather Station – “Kept It All to Myself” 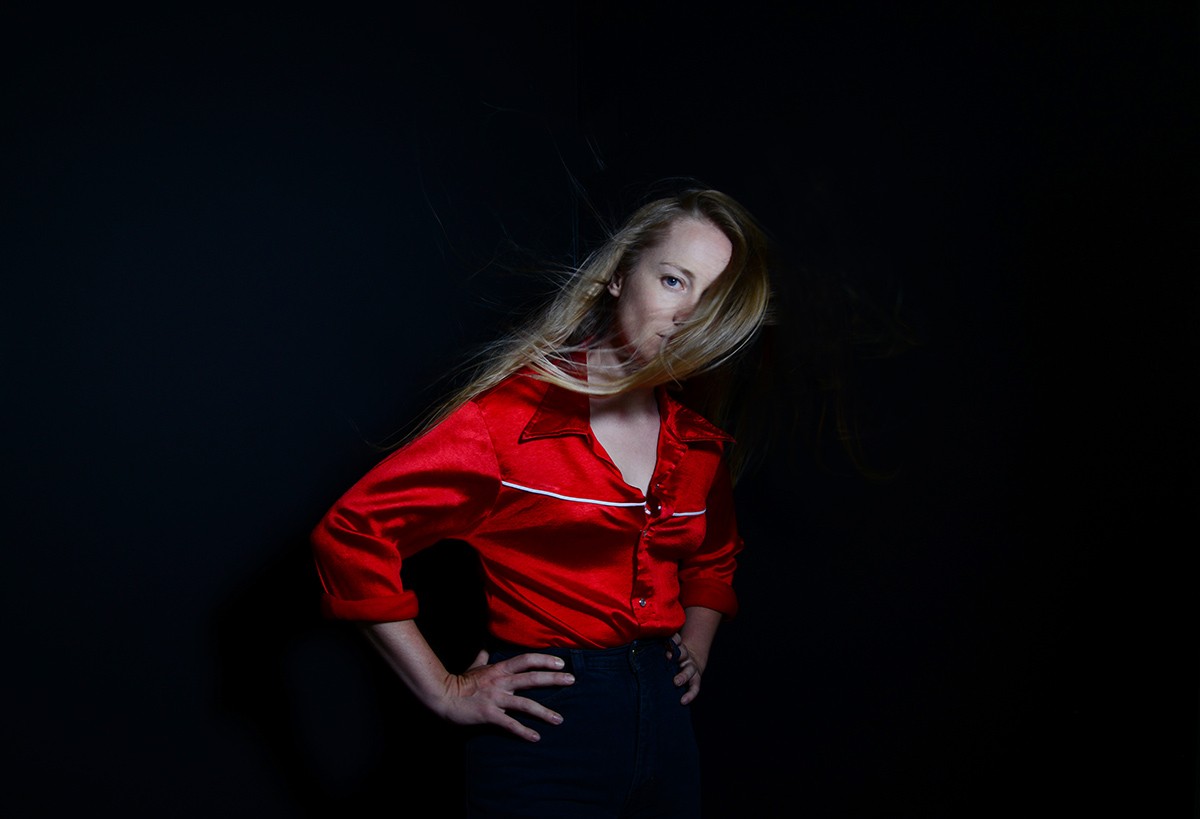 The Weather Station is the Ontario-based band led by singer, songwriter, and actress Tamara Lindeman, who has been recording richly narrative pop songs since the mid-00s. Her past two LPs, 2015’s Polaris-Prize-nominated Loyalty and 2011’s All of It Was Mine, punctuated her storytelling with lonesome guitar licks borrowed from folk and country music, driven by muted backbeats or none at all, with surges of dissonant atmosphere. But Lindeman has described The Weather Station’s upcoming self-titled fourth album as her “rock and roll record… one that sounded how I wanted it to sound, which of course is nothing like rock and roll.” Indeed, these new Weather Station songs churn along more insistently than ever before, dominated by fierce guitar strums, unvarnished four-on-the-floor beats, and dense, winding vocal lines. “Kept It All To Myself” is one of the album’s most energetic moments: a meditation on a slowly-curdling relationship and an expansion on the musical promise of the album’s lead single, “Thirty.”

“Kept It All To Myself” lasts just a little over three minutes, but within that time, it manages to trace a surprisingly full storyline. Lindeman’s narrator explores her private experience of a relationship bogged down by non-communication and neuroses. Her solitary plight is captured in the song’s more light-hearted video, directed by Maya Bankovic. The clip features a somewhat-forlorn Lindeman going through banal rituals at home, spotlit, before eventually coming face-to-face with an unexpected doppelgänger on a nighttime constitutional.

“Kept It All to Myself”‘s storyline feels archetypal. First, the narrator, stuck in a toxic situation, loses their sense of independent identity (“I tried to leave ya, I left only myself”). In the end, they place the blame on themselves, against their better judgment. “My love is the heaviest thing / I understand if you don’t want to wear my ring,” Lindeman murmurs in the last verse. Her delivery remains spry and playful, even as her conclusions turn bleaker. It’s a contrast out of the playbook of one of the several storied songwriters her conversational vocal style recalls: fellow Canadian Joni Mitchell.

But Lindeman’s songwriting and delivery is no crude facsimile, just an inspired continuation of a rich tradition of intensely-disciplined, self-interrogative pop songwriting. The taut arrangements on The Weather Station, adorned here with aerial surges of strings, create The Weather Station’s own specific musical universe, at turns claustrophobic or extending all the way towards a distant horizon.

Watch the video for “Kept It All To Myself” below. The Weather Station is out October 6 on Paradise of Bachelors.

Kept It All to Myself (Official Video) by The Weather Station on VEVO.

Video: The Weather Station – “You and I (On the Other Side of the World)”