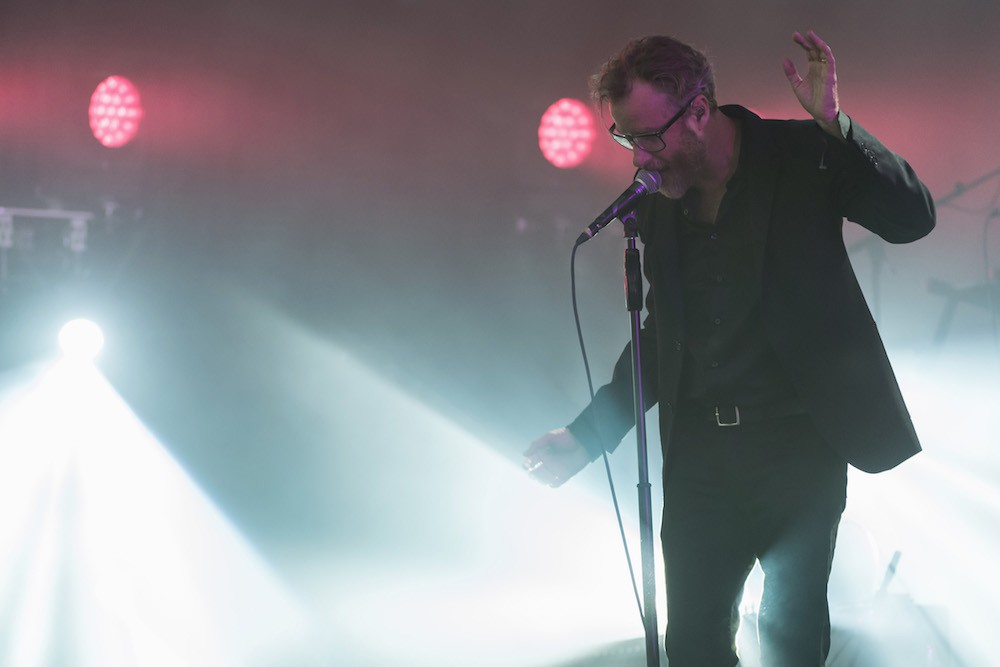 The definitive live version of Talking Heads’ “Heaven” will always be the performance from Stop Making Sense, in which David Byrne, Tina Weymouth, and an offstage backing singer reduce the song to its emotional essence before the rest of the band arrives to start the extended party that makes up the rest of the show. It’s a high bar to clear, and the National put in a valiant effort, covering the touching ode to banality from 1979’s Fear of Music at a show at the Eventim Apollo in London last night. Wisely, they did not attempt to replicate the stripped-down live version, but stuck to the sturdier full-band arrangement from the album. Watch a fan-shot video of the performance below.