Watch the Knife’s New Concert Film, Since You Can’t Stream the Album 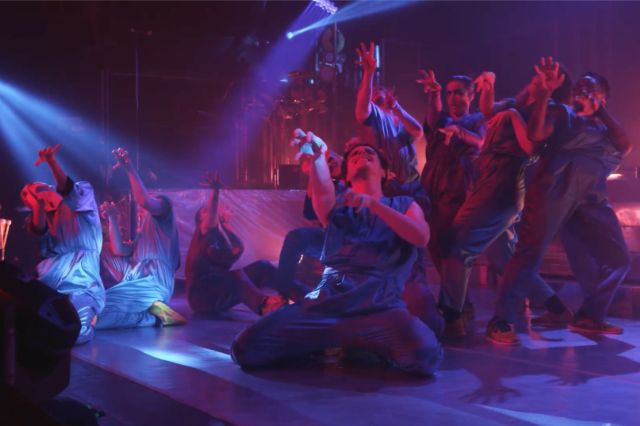 Today, defunct Swedish electronic duo the Knife returned to release a live album, Shaking the Habitual: Live at Terminal 5, documenting a 2014 New York City show supporting their great final album Shaking the Habitual. But you most likely can’t listen to it: Owing to an arcane label dispute, the live album is not available to buy or stream in the U.S., Canada, the U.K., Ireland, all of Asia, or South and Central America.

Fortunately, those of us not located in Europe or Australia can watch the accompanying concert film, which is both free and arguably more interesting: For Shaking the Habitual, the Knife’s Karin and Olof Dreijer enlisted a choreographer, a dance producer, and an 11-person dance troupe. They also commissioned designer Bella Rune to create whimsical custom-made instruments, which the band is now auctioning to support the Swedish arm of the No One Is Illegal Network, which advocates for undocumented immigrants and refugees. The full Live at Terminal 5 film is available today on YouTube. Watch below.