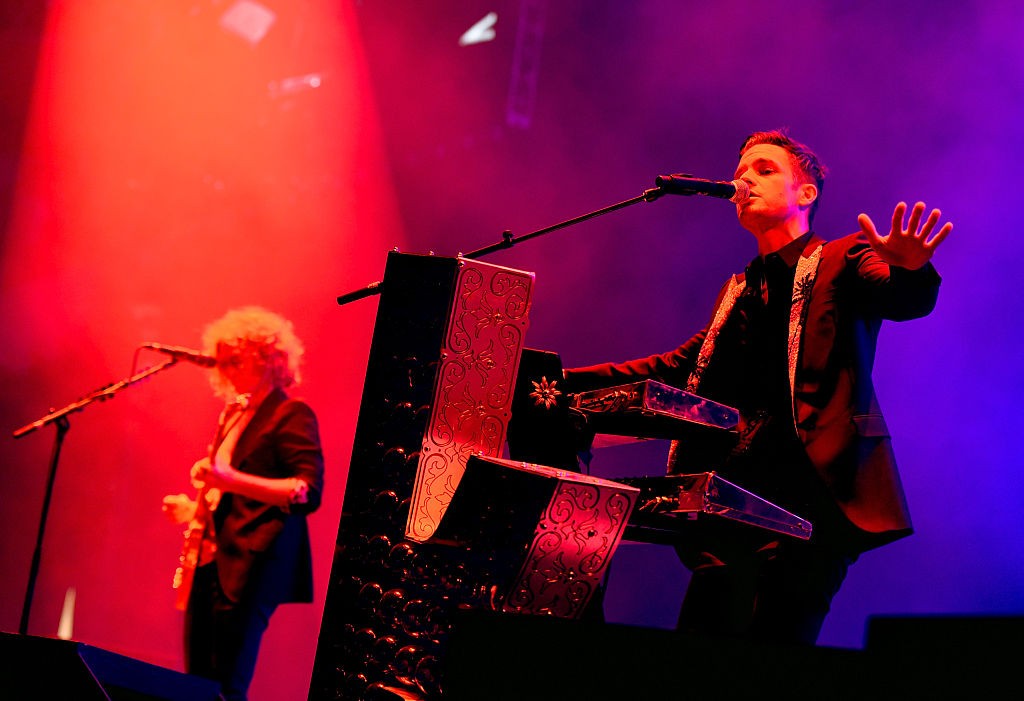 The Killers debuted a new song, “The Calling,” at concert last night in London. The tune, an operatic rock shuffle with a touch of sleazy blues guitar and gospel-style backing vocals, was preceded by a live introductory monologue from Woody Harrelson. The intro complimented the liturgical impressions of the music and lyrics, with its discussion of “keys to the kingdom,” moving into “the light,” and specifically, Brandon Flowers’ opening passage about “having the last two chapters of Matthew in my hand.” Harrelson, a famous atheist, quoted from Matthew 9:10, 9:11, and 9:12 in his opening speech.

Watch fan clips of the spectacle below. “The Calling” is slated to appear on the band’s new album Wonderful Wonderful, due out September 22. We’ve already heard “Run for Cover,”  “The Man.” and the title track from the album.