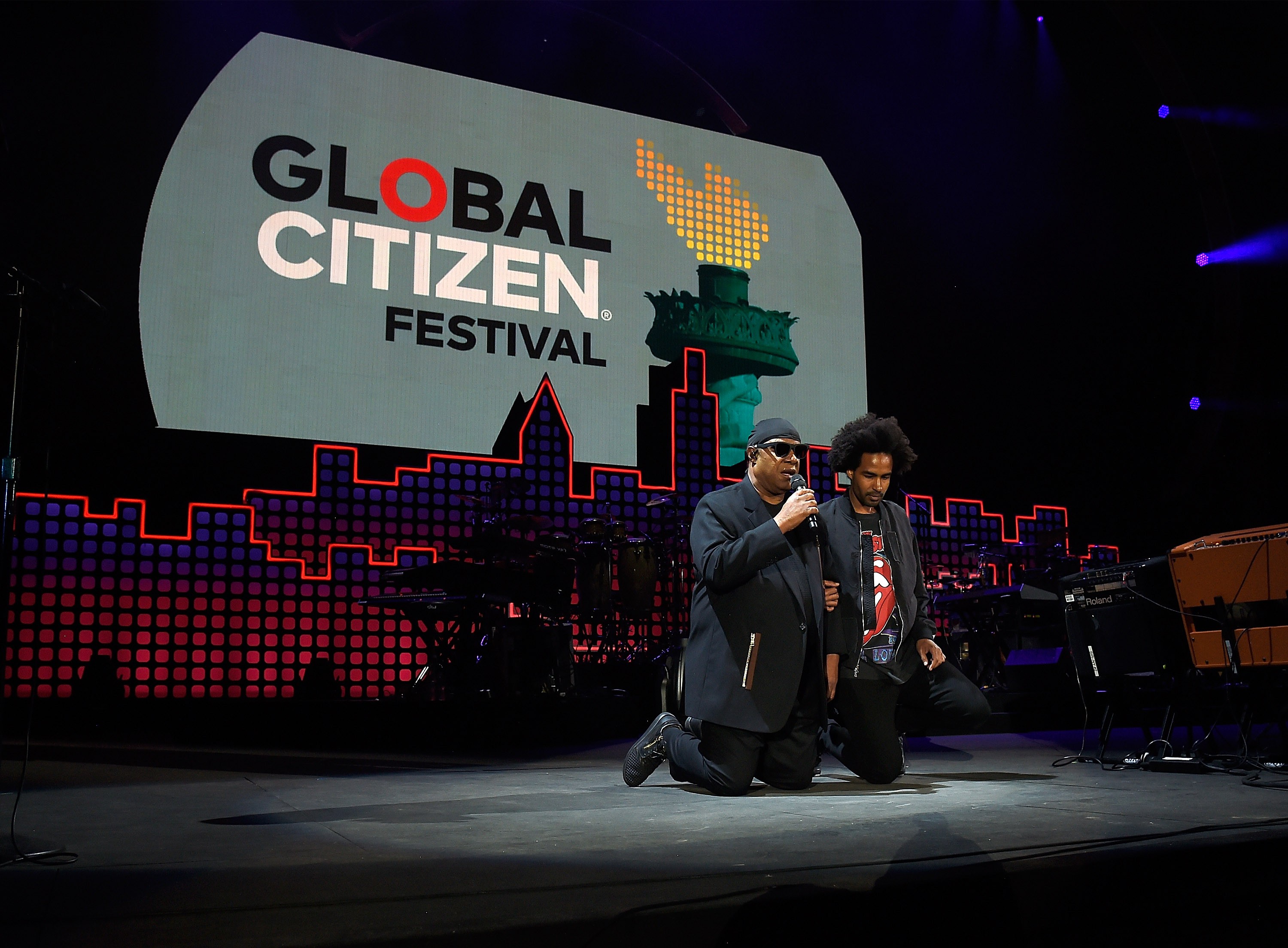 Last night, Stevie Wonder performed at the 2017 Global Citizen Festival in New York’s Central Park. Before his set, the musician took a knee in solidarity with former San Francisco 49er Colin Kaepernick.” Dropping onto both knees, Wonder lead a prayer for “out planet, our future, our leaders of the world, and our globe.” Watch a clip below via MSNBC.

The gesture follows recent remarks from Donald Trump during a rally for Sen. Luther Strange in Alabama. Trump stoked the crowd by referencing the on-going protests in the NFL. “Wouldn’t you love to see one of these N.F.L. owners, when somebody disrespects our flag, to say, ‘Get that son of a bitch off the field right now, he’s fired,’” he said in the rally. “When people like yourselves turn on television and you see those people taking the knee when they’re playing our great national anthem, the only thing you could do better is if you see it, even if it’s one player, leave the stadium. I guarantee things will stop.”

During his 2016-17 season, Kaepernick took a knee in protest of the National Anthem, later opting out of his contract renewal with the 49ers and has yet to be signed to another team. Recently, Jay-Z dedicated his 4:44 track “The Story of O.J.” to Kaepernick at his Meadows Festival performance in Queens, New York.

Watch a clip of Stevie Wonder’s statement below.

WATCH: Stevie Wonder takes a knee on the stage “for America” at #GCFest https://t.co/lXIMO8fvcT https://t.co/qE97FFQmMH