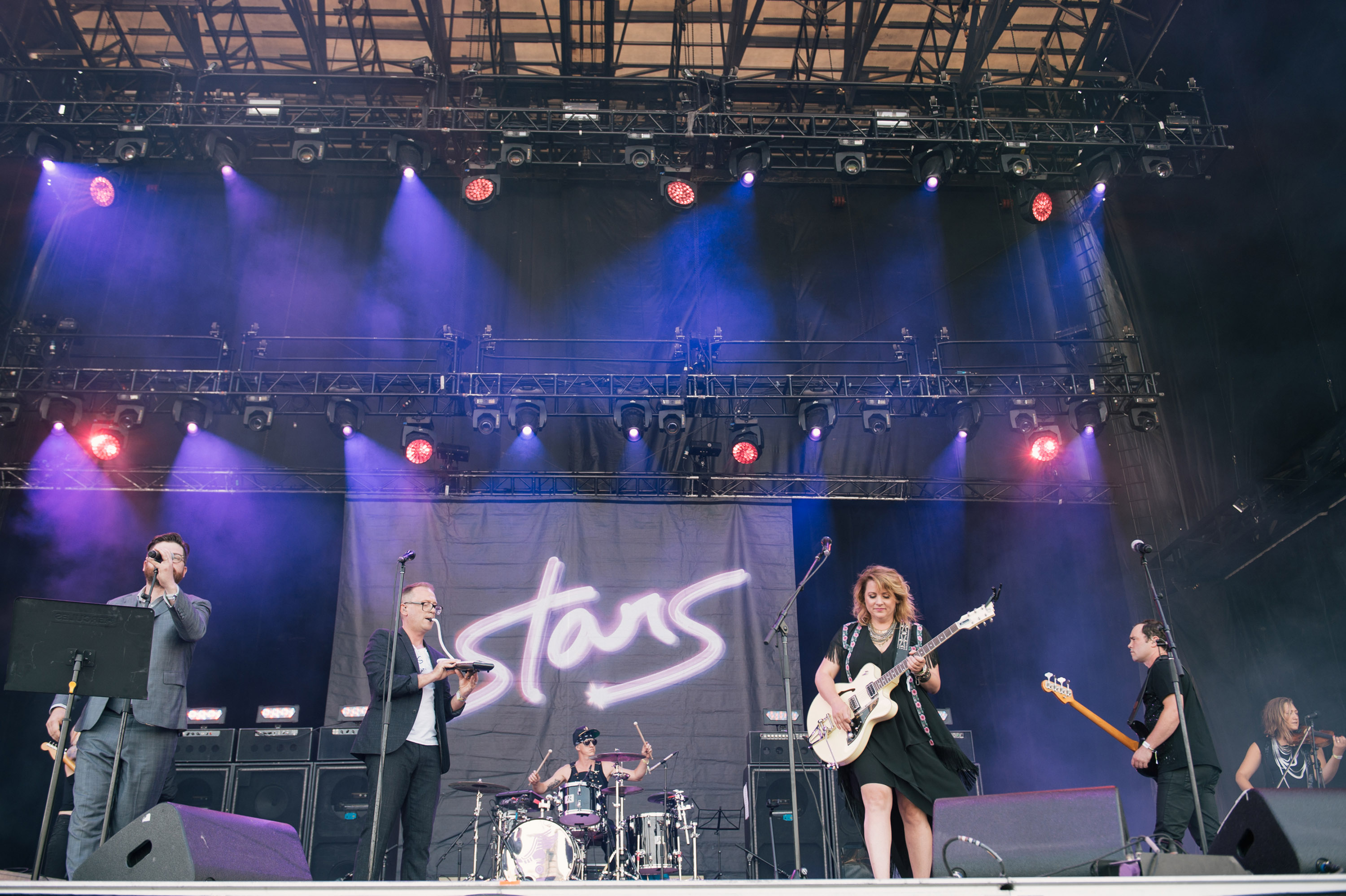 Following the announcement of their new album, There Is No Love In Fluorescent Light, Canadian indie stalwarts Stars have released a new single, “Alone.” It’s the band’s second single from the new record, one that sees the sextet broadening their appeal for a more pop-oriented direction, a path they set out on across 2014’s No One Is Lost. The song’s theme of isolation is cutting enough that singer Torquil Campbell requests you leave her alone if you crack the metaphor of the track. She explained to Billboard:

“Of all the songs I wish I had written, ‘Waterloo Sunset’ is the one I wish I had written most. But I didn’t. I wrote this instead. And when I say I, I mean the whole band. All six of us, still making music together — music about people who feel alone. There must be a lesson in that somewhere. If you find it, please don’t get in touch.”

Listen to the track right below.

There Is No Love In Fluorescent Light is out October 13 on Last Gang Records.

Stream Stars’ New Album There Is No Love in Fluorescent Light