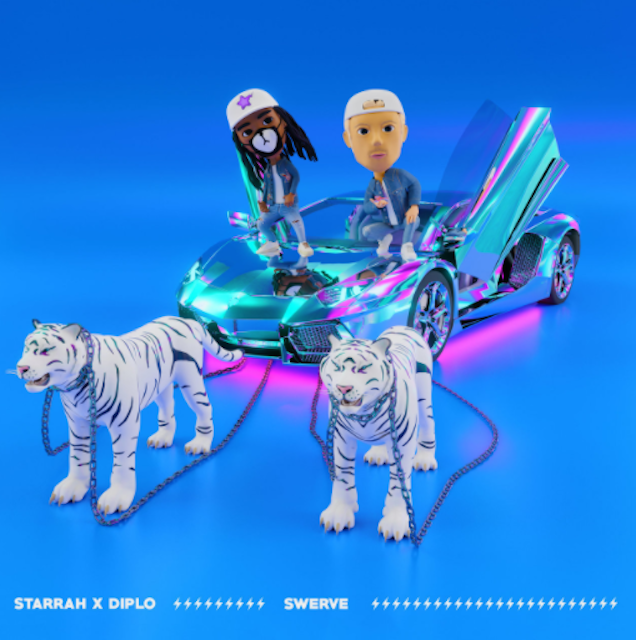 Brittany Hazzard, better known as Starrah, has one of the most impressive songwriting catalogs in pop music over the last 24 months, having written Rihanna’s “Needed Me,” Travis Scott’s “Pick Up the Phone,” Drake’s “Fake Love,” and half of Calvin Harris’ recent Funk Wav Bounces Vol. 1.

In the demo for “Pick Up the Phone,” in which Starrah sings the part that eventually was given to Scott, you can immediately detect her idea of songwriting that blurs the line between rap and R&B (that one of her early collaborators was Jeremih should be no surprise). She sings in a slurred manner, and her melodies can be sort of wonky. Though she can, and is, writing more traditional songs for the pop machine (most recently: Maroon 5 and SZA’s “What Lovers Do”), she has a unique style that, once you get used to it, can be easy to pick out when others are singing her words.

But she also has a budding solo career, and that style is present in a new solo single, “Swerve,” produced by Diplo. Built out of a muffled guitar loop that soon is fleshed out into something hard and sharp, the track is a modest but cute ballad about the joy of seeing your partner shining. “My lil baby swerve on ‘em, swerve on ‘em, yeah,” Starrah sings. “Swervin’, hit the curbs on ‘em, curbs on ‘em, yeah.” She sounds, as always, almost tipsy, in that warm, radiating kinda way.