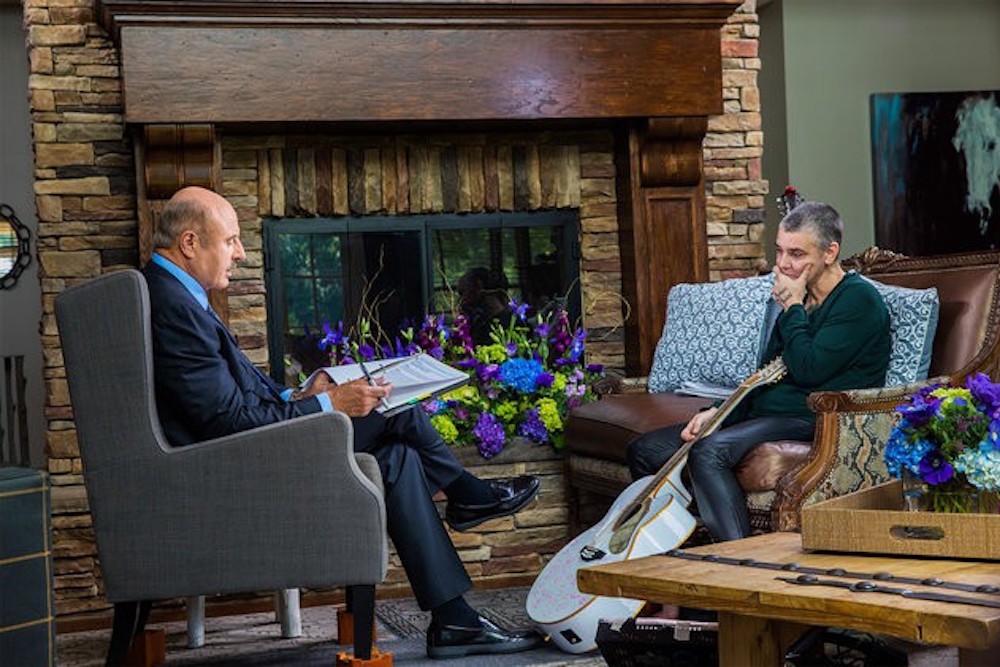 Sinead O’Connor will appear on Dr. Phil for the show’s return on Tuesday (Sept. 12), Billboard has learned.

“I’m so grateful and very happy, very excited to be getting some proper help,” O’Connor tells Dr. Phil in the interview, which kicks off the daytime talk show’s 16th season. The Irish singer-songwriter — who hit No. 1 on the Billboard Hot 100 with her cover of Prince’s “Nothing Compares 2 U” in 1990 — posted a tearful 12-minute Facebook video in August, in which she talks about struggling with suicidal thoughts from a New Jersey hotel room.

O’Connor opens up to Dr. Phil about alleged abuse from her childhood: “Every day of our lives, she ran a torture chamber,” she says of her mother. “She was a person who would delight and smile in torturing you.”

She also discusses mental health on the show, saying, “The fact that there’s such stigma about mental illness means that the illness doesn’t get talked about.”