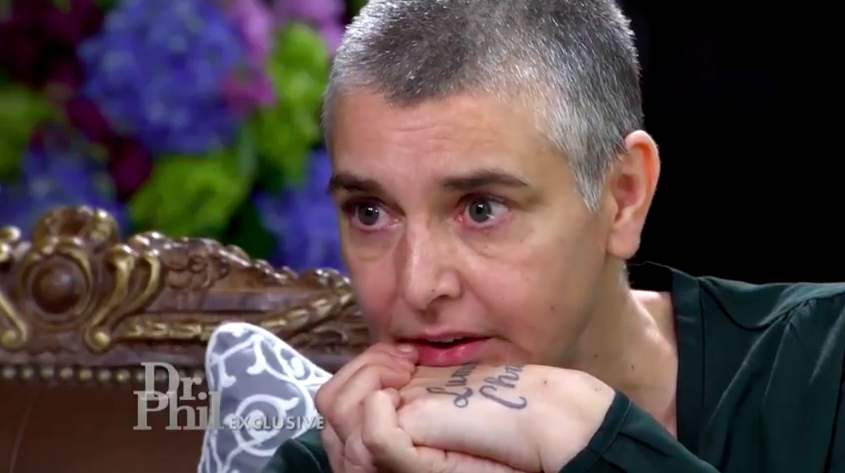 Sinead O’Connor was the guest on Tuesday’s episode of Dr. Phil, where she appeared to discuss mental illness, her relationship with her mother, her career, her famous appearance on SNL where she ripped up a photo of the Pope, and more. The full episode isn’t streaming yet, but Dr. Phil’s YouTube account has uploaded a series of clips from the episode. Watch the playlist below.

In August, O’Connor posted a video saying she was living in a Travelodge motel in New Jersey and dealing with mental health issues and suicidal thoughts, while communicating with no one except a psychiatrist.