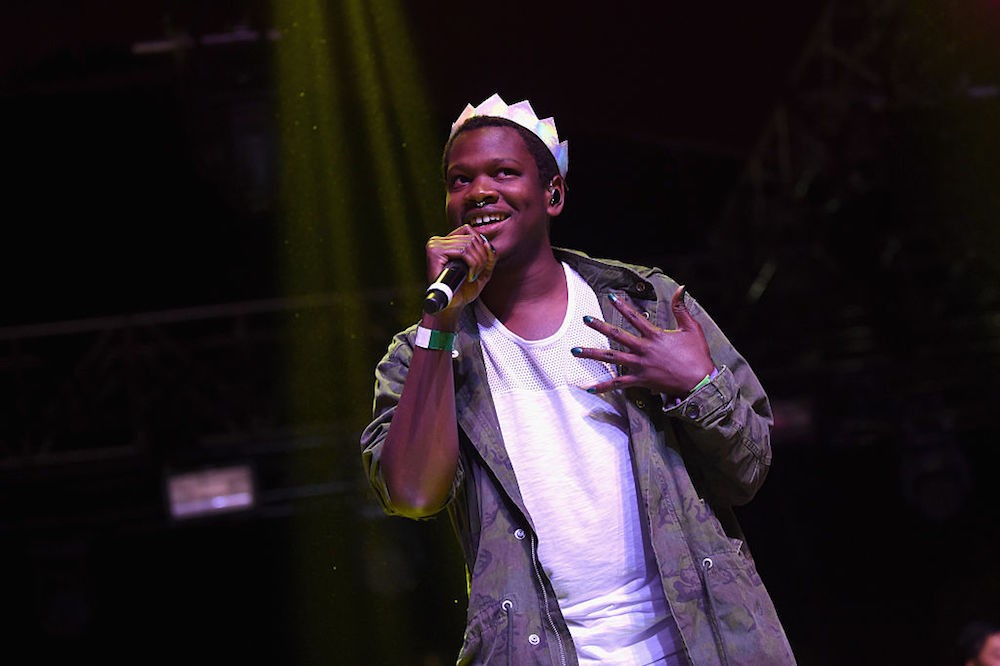 Shamir just dropped “90’s Kids,” the lead single off his upcoming album Revelations, with a music video featuring the singer superimposed onto viral memes most recognizable to fellow 90’s kids: Shamir as Salt Bae, Arthur’s fist, and  “tea frog,” among countless others. “They say we’re don’t feel pain/They say we’re gross and vain,” Shamir sings over the guitar-fronted instrumental, a middle finger to the generation’s biggest critics: economists, their parents, and anyone who doesn’t get the appeal of the dog filter.

“90’s Kids” is Shamir’s first label-backed release in a year that has seen the singer switch genres and approaches completely. His major label debut Ratchet, which topped our list of the 25 Best Pop Albums of 2015, was a sonic byproduct of his Vegas upbringing: shiny and ebullient and perfect for your night out, a promising debut from a then-20-year-old musician. But label disputes arose as Shamir aimed to move away from the dance pop sound that landed his singles in myriad commercials and TV shows and towards a rock and indie-inspired sound. After getting dropped from XL Records, he self-released the grungy Hope back in April of this year for free on SoundCloud and Mediafire, but he questioned his desire to stay in the industry.

Upcoming album Revelations, as Shamir described in his New York Times feature, was recorded in two weeks, shortly after the singer was diagnosed with bipolar disorder. The album will be filled with increasingly personal lyrics detailing his struggles with mental health; “It just flowed out,” he reportedly said about the songwriting process, like “pages of my diary.” Revelations drops November 3 on Father/Daughter Records. $1 from each album sold will go to the Mental Health Association of Pennsylvania.

Watch the James Thomas Marsh-directed video for “90’s Kids” below.