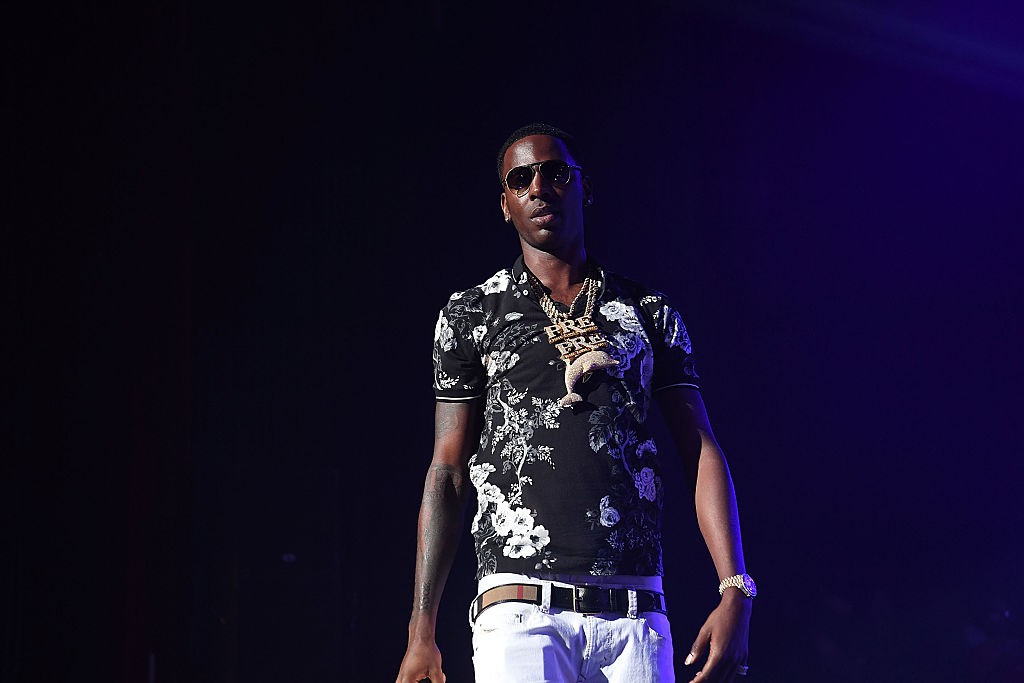 Rapper Young Dolph was hospitalized after being shot and injured in downtown Los Angeles today, according to TMZ. Dolph (born Adolph Thornton Jr.) reportedly suffered multiple gunshot wounds outside of a Shoe Palace store at the Hollywood & Highland shopping center. His injuries are said to be non-life threatening.

In February, Young Dolph’s armored SUV was reportedly hit with more than 100 gunshots in Charlotte, North Carolina. That time, the 35-year-old rapper escaped unscathed—a feat that inspired the title of his recent album Bulletproof, released in April. Memphis rapper Blac Youngsta and two others later turned themselves in after police issued warrants in connection with the SUV shooting. Blac Youngsta maintains his innocence, and he’s since released a Young Dolph diss track.

Dolph posted a photo of himself in Los Angeles earlier this afternoon, just three hours before reports of the latest shooting. See the picture below.

Update (September 27, 2:30 p.m. ET): Police have arrested one suspect in the Tuesday afternoon shooting that targeted Young Dolph, the Los Angeles Times reports. Corey McClendon was arrested near the scene and charged with attempted murder, an LAPD representative told the paper. It’s not clear whether McClendon was the shooter or merely one of three men involved in an argument preceding the shots, police said. LAPD denied a TMZ report that rival rapper Yo Gotti was a “person of interest” in the shooting. Young Dolph remains hospitalized and is said to be in critical but stable condition.