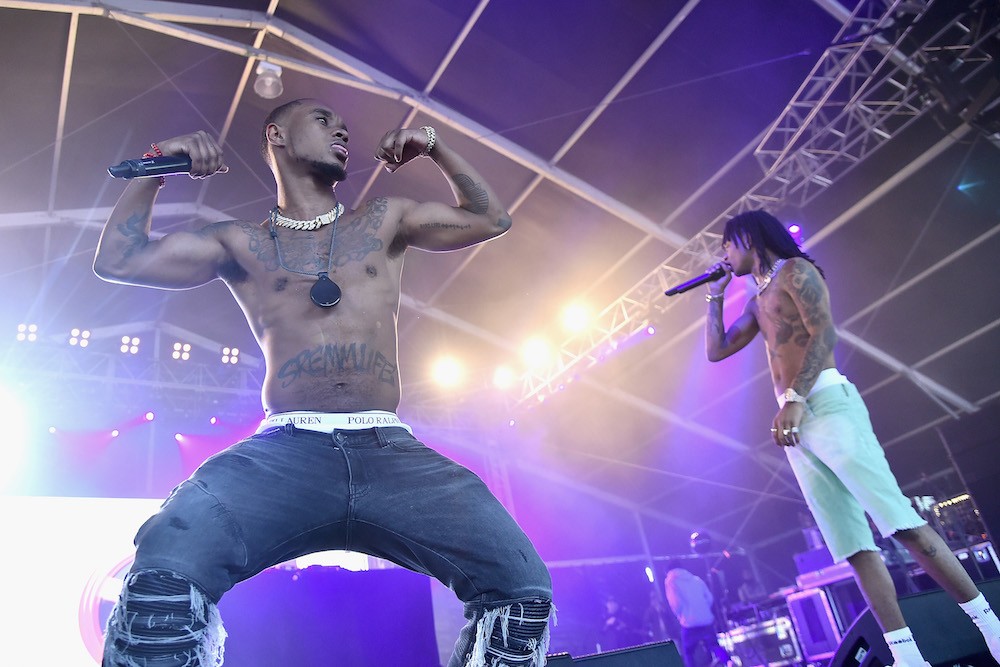 Although throwing water bottles at the crowd is a hip-hop concert convention, Rae Sremmurd are facing a lawsuit for allegedly doing just that. TMZ reports that the Black Beatles are being sued for negligence, assault, and battery by a male attendee who claims he was hit by bottle during a October 2016 Michigan concert.  The man says the bottle broke his nose and that “a chunk of his face” was ripped off, causing permanent damage. He’s demanding that Rae Sremmurd pay for the resulting medical bills. A photo of the alleged injury is on TMZ.