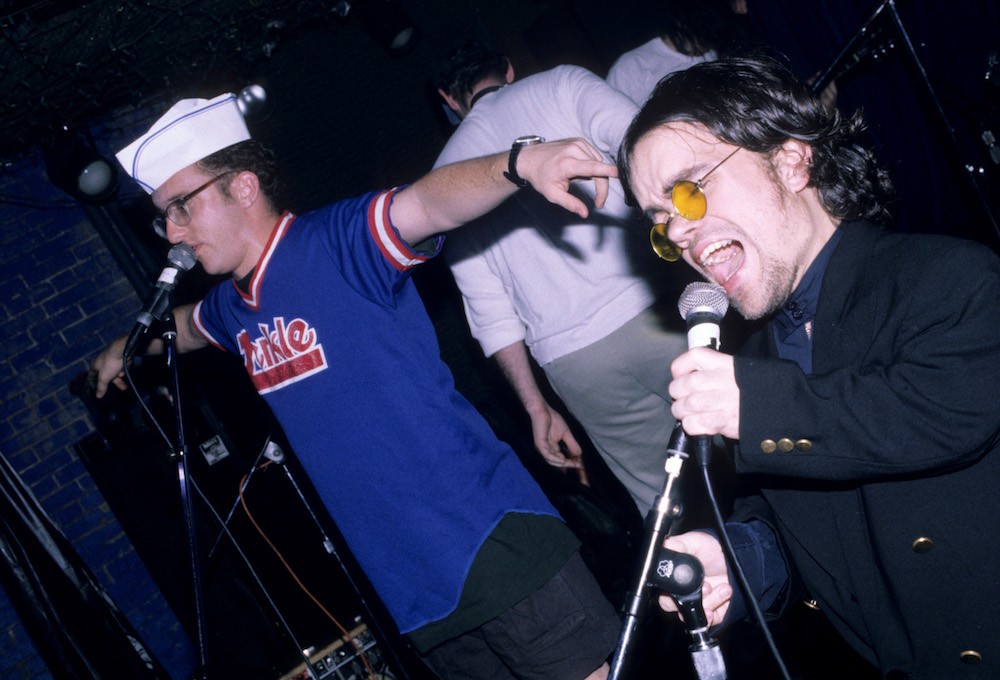 The early ’90s were a pretty funky time. The president played saxophone; The Fresh Prince of Bel Air was burning up the airwaves; the Red Hot Chili Peppers had just released Blood Sugar Sex Magik. A minor but undeniable player in this landscape was the little-remembered band Whizzy, which played self-described “punk-funk-rap” jams to enraptured crowds at college parties and warehouse shows around New York City. And Whizzy’s MC-slash-trumpeter, as NME noted this week, was an aspiring actor named Peter Dinklage, seen rocking the slick blazer and Natural Born Killers shades in the photo above.

Dinklage has talked about his time in the band before–he mentioned it in a 2011 Rolling Stone profile, and has said he has a facial scar from a particularly rowdy show at CBGB’s–but a cache of Getty photos republished in the NME story of the first we’ve seen of Whizzy in action. Here’s what he had to say about the scar in a 2013 Playboy interview:

We notice you have a few scars. Do any of them have interesting stories?
I have a pretty big scar that runs from my neck to my eyebrow. I was in a band called Whizzy for many years in New York. We were this punk-funk-rap band. We played a show at CBGB, and I was jumping around onstage and got accidentally kneed in the temple. I was like Sid Vicious, just bleeding all over the stage. Blood was going everywhere. I just grabbed a dirty bar napkin and dabbed my head and went on with the show. We didn’t care much about personal safety. We were smoking and drinking during our shows, and one time my bass player fell off the back of his amp because he passed out. It was one of those bands.

There are several other images on Getty in addition to the snap above, including one of the young Dinklage trumpeting, and another of him getting uncomfortably close to a sweaty audience member. Unfortunately, no audio or video documents of their music seem to exist online. Beyond the photos, the closest we can get is a review of a 1994 Brooklyn show in the Columbia University student newspaper, which describes Dinklage taking the stage in “a shirt made of Wonder Bread,” and a “funk-rap song about an extra who gets killed in the first scene of a Star Trek episode.”

From those descriptions, and the looks of the outfits above, we can only imagine a Whizzy show was quite an experience. If you happen to have seen and bootlegged or taken photos at one back in the heady ’90s, drop us a line.