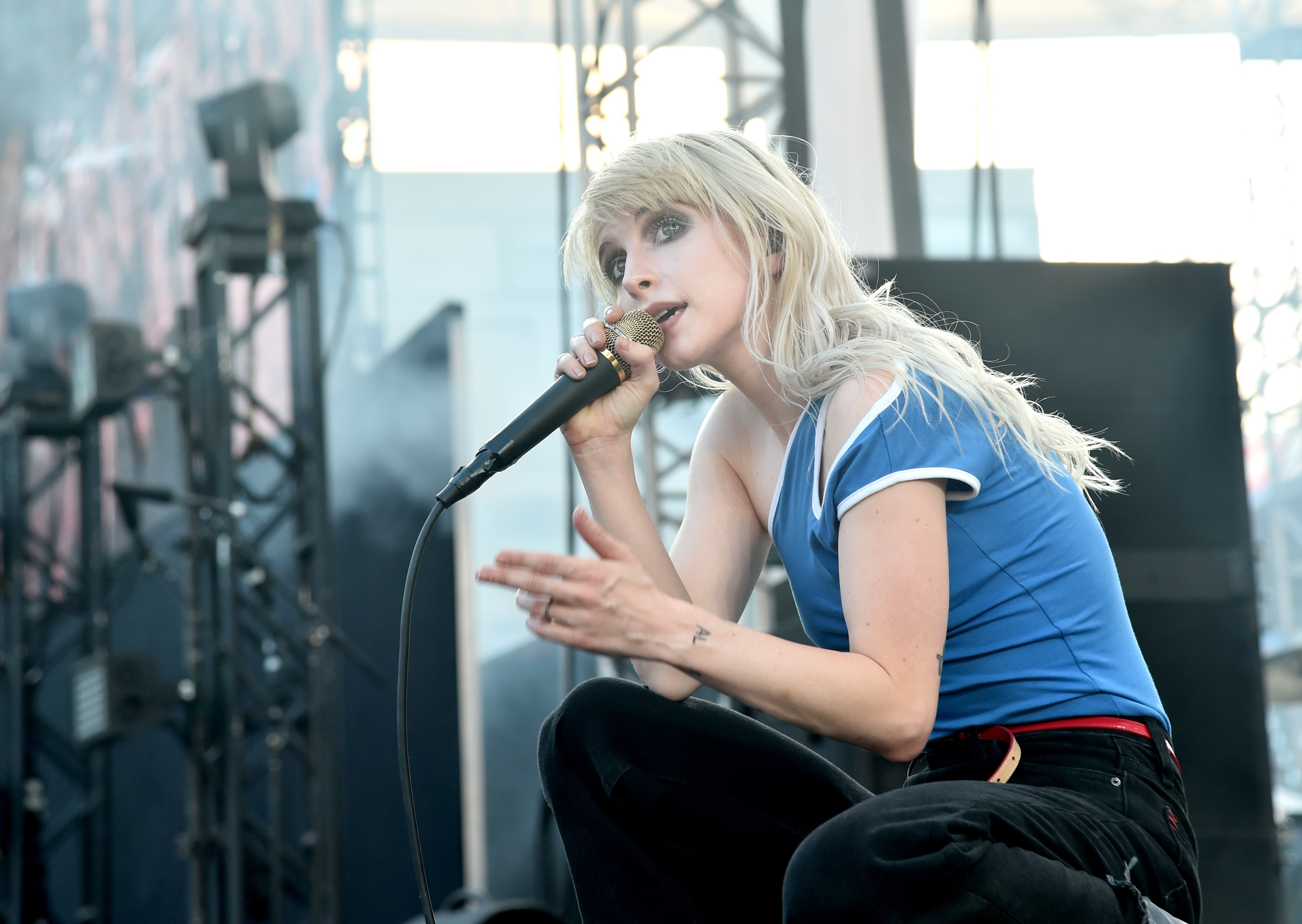 Hayley Williams has released a video featuring a pared down cover of Jawbreaker’s “Accident Prone,” off of their last pre-breakup album, Dear You. The Paramore frontwoman has not been shy about her adoration for Jawbreaker, who played a headlining show at Riot Fest last weekend. In fact, the singer urged fans to skip at least part of Paramore’s set at Riot Fest to see Jawbreaker’s reunion show at the festival.

the fact that our set time at Riot Fest overlaps a bit with jawbreaker is my slow but certain death. i hope you all see jawbreaker for me.

In addition to the Twitter shoutout, Williams showed her admiration for the band with a quiet, intimate rendition of “Accident Prone.” The video features the singer lying on a couch with just an acoustic guitar. Jawbreaker even gave their stamp of approval, retweeting her cover with the caption, “this:”.

this is my sad "thank you" for reading my sad tweets. also, a thx to @JawbreakerBand. it's not perfect but i mean it. see you at @RiotFest💧 pic.twitter.com/DV3laYRY1H