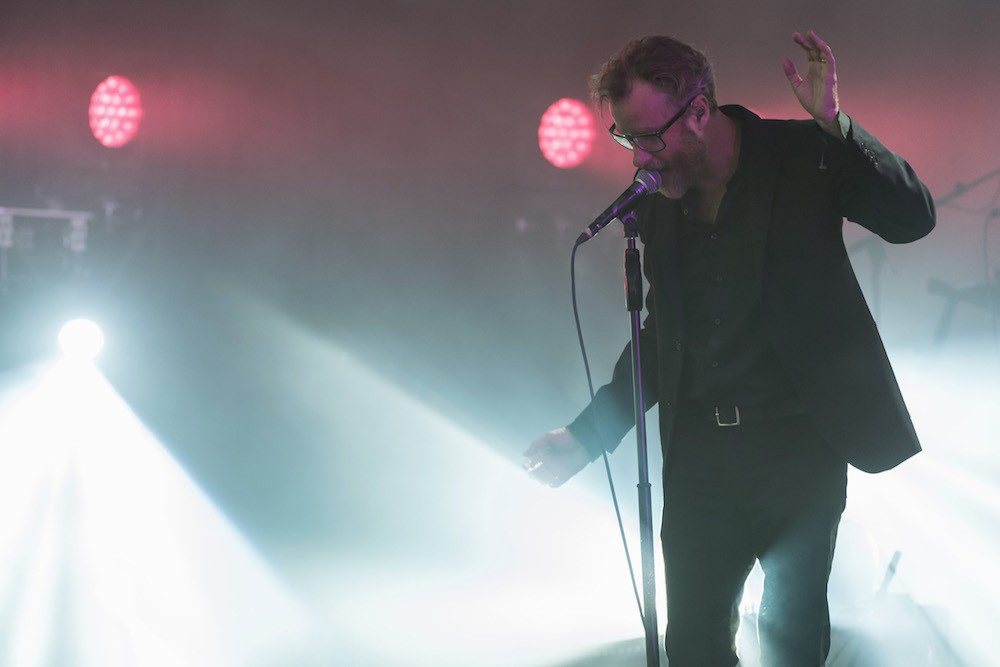 Did your ears perk up at the eerie monologue that arrives about 10 minutes into the National’s new album Sleep Well Beast? “People like you are still living in what we call the reality-based community,” a pitch-shifted voice begins during the bridge of “Walk It Back,” the third track, as the band churns behind him. “You believe that solutions emerge from your judicious study of discernible reality. That’s not the way the world really works anymore. We’re an empire now, and when we act, we create our own reality. And while you’re studying that reality — judiciously, as you will — we’ll act again, creating other new realities, which you can study too, and that’s how things will sort out. We’re history’s actors . . . and you, all of you, will be left to just study what we do.”

If you thought you recognized the text, that’s because it was lifted, with some slight interpolations, from a 2004 New York Times Magazine article about the George W. Bush administration by the journalist Ron Suskind. The piece attributes the quote to an anonymous administration official, who was later identified as Karl Rove, the president’s comic book villain of a senior advisor. It’s a famous quote that came to serve as an emblem of the administration’s determination to pursue the whims of its own, frequently twisted id rather than follow any sort of empirical evidence about the world around it. (It has its own Wikipedia page.)

The band clearly deployed the quote as an intentional reference, rather than a shady act of plagiarism. And according to frontman Matt Berninger, they’re planning on paying Suskind royalties for using it. Berninger told Variety that the journalist approached the musicians asking for a cut of the publishing revenue from the song, and that the band is willingly giving what Berninger says will amount to “a couple hundred bucks in 20 years.”

Berninger added that he hopes Suskind will share the royalties for the quote with Rove–though not out of any admiration for the guy who actually said it. “I have to ask that Ron Suskind share it with Karl Rove,” Berninger said. “I’d love Karl Rove to see that check, just to remind him we know he said that.”

Hear “Walk It Back” below, and read our Sleep Well Beast review here.